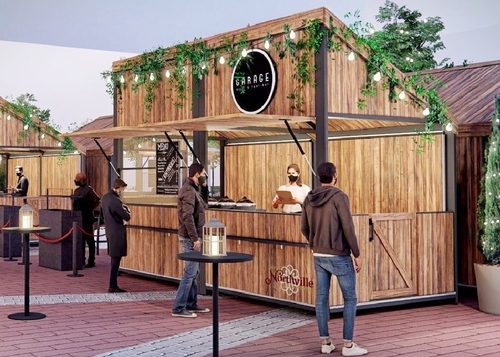 Northville's timing turns out to be even smarter than business and civic leaders envisioned.

Before the latest health-safety ban on indoor restaurant and bar service for three weeks, the northwestern Detroit suburb decided to keep an outdoor socializing district in place until March 1 on parts of East Main and North Center streets. Businesses can sell takeout alcoholic drinks to be consumed in an area called The Twist, launched last summer. (See video below.) 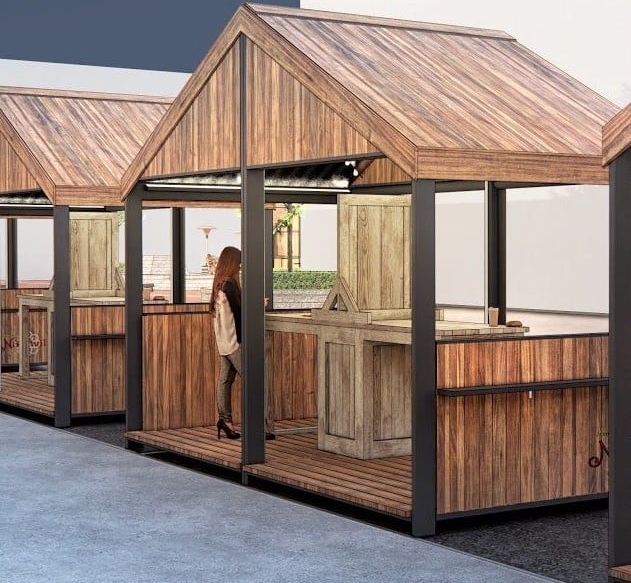 Sixteen heated "pods" are envisioned, each with space for four to six guests.

Vendor stands will line The Twist, with local restaurants selling food and drinks which can then be enjoyed in heated "pods," which will be outfitted with high-top tables seating four to six people per pod. Food and drink can be purchased directly from participating establishments, too.

Heat in the Street will also have live music and other activities. ...

"The first four are scheduled to arrive the weekend of Nov. 27. More to come in December," development group director Lori Ward posts on Facebook. "They are open-air structures, so will not be closed" during the state-ordered shutdown due to end Dec. 9

"This new experience will provide an opportunity for all of the downtown businesses to continue welcoming guests safely and with the maximum capacity allowed under state Covid-19 guidelines," she tells MJ Galbraith of the feature site.

Ward said two pods will be put to use later this month as part of a [pilot] process. The goal is to have 16 pods and six stands by mid-December. The pods will be open noon-10 p.m. daily, while the vendor stands will operate noon-10 p.m. Friday-Sunday.