Death of an era: Pour one out for Metro Detroit's last 10 video rental shops

It outlasted the clout of Blockbuster, the birth of Netflix and the ease of streaming, but even CBD merchandise couldn't save Family Video.

Clearance sales are on through Feb. 20 at 10 Family Video stores in Wayne, Oakland and Macomb and 48 others statewide. The national chain's demise is a cultural tombstone. Nostalgic tributes on social media from past patrons and employees seem like an online wake. 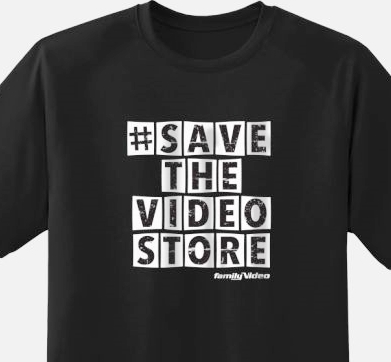 "Never realized how good we had it," a Free Press reader posts below its brief coverage.

When Famiy Video was founded in 1978, Jimmy Carter was president and Space Invaders arrived as the first shooting video game. Blockbuster opened seven years later and Redbox came to supermarkets in 2002. Nearly three decades passed before we could buy an iPhone or subscribe to Hulu.

But the consumer marketplace can be a coldly efficient place where fondness fades and some old-timers must clear the shelves. Recollections mark the demise of an era when cassettes, cartridges and discs delivered home entertainment. A local social media sampler:

► Busy weekend shifts: "I was telling my kids about working at Blockbuster in the late '80s early '90s. Friday and Saturday nights we would have 3 checkouts going and the lines would be 4 or 5 deep all night." -- Mark Norander, Royal Oak 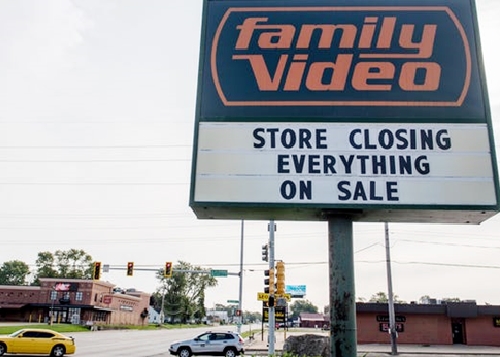 ► 'Two steps back:' "I have fond memories of scanning the racks at video stores, but also remember the frustration of all the 'good' movies being rented already. ... The streaming services, for all their seemingly endless selections, don't really have all that much in movie choices. So in some regards, it's like one step forward and two steps back." -- Barry Kluczyk, Bloomfield Hills

► 'How good we had it:' "Damn, what a nostalgia trip -- going into a video store with a few friends and browsing all the games and movies that you wanted to have over the weekend. Never realized how good we had it. Ordering from the couch is sweet, but so is going out." -- Dee B. (under Freep coverage)

► 'Radical home entertainment:' "It's expected, I guess, but a bittersweet end of an era, for sure. I ran indie video stores all through college and can remember how busy we'd get on weekend nights as families and couples showed up to check out VHS tapes (yes, that long ago). Lines would snake through the store and some customers would even hover for nearly an hour, eagerly hoping the movie they wanted to see would be returned before they left.
"It was radical home entertainment back in the day. ... Good for Family Video for keeping the run going as long as it did." -- Sally Snell, Huntingtion Woods