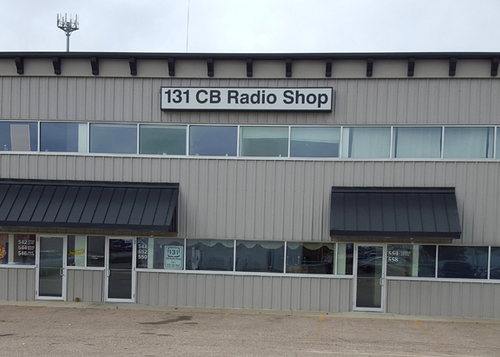 A west Michigan shop selling Citizen Band radios is seeing more customers than ever before after being promoted in an online group of disaffected Trump supporters who fear a communications blackout.

The Free Press reports CB radios were promoted as an alternative mode of communication as election result-deniers get deplatformed in advance of armed protests planned for capitals across the country. Since their Jan. 6 storming of the U.S. Capitol, election conspiracists have flocked to increasingly dark corners of the internet — purged first from Facebook, Twitter, and, more recently, Amazon-owned Parler.

Apparently, they think some grand communications blackout is next. And that could spell trouble for potential demonstrations planned for the Michigan Capitol on Sunday and Inauguration Day.

On a normal day, Plender said he might have a total of five customers. But in the last month or so, he’s said he’s seen a huge influx of customers unlike anything he’s experienced in 27 years of business. On Thursday, he had five or six customers waiting in line at one time, while he and his partner dealt with two at the counter.

Most people are getting both a base station radio setup for their house and a system for their car, Plender said. All that gear can cost more than $500. When people come in, they talk to Plender about an imminent “blackout” when they think phone communication will go down across the country.

Plender said he doesn’t buy into the idea and isn’t affiliated with any of the social media groups. But the number of people coming into his shop makes him wonder.

“My brain is starting to say, ‘Is something going to happen?” Plender said.

It's unclear if something will or won't. Law enforcement and elected officials are on heightened alert, with National Guardsman already called up by Gov. Gretchen Whitmer and legislative sessions cancelled for the week. But based on their posts on the shadowy platforms, members of key anti-Whitmer and pro-Trump groups appear split on how to proceed, the Freep says.