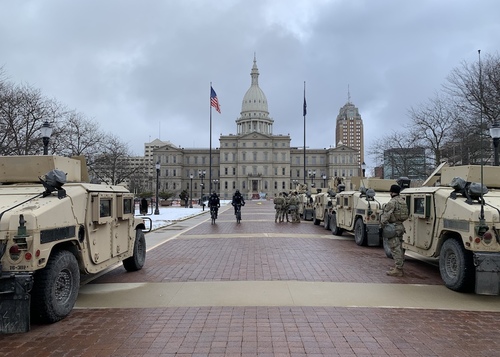 Military vehicles lined up in front of the Michigan Capitol Sunday and nearby streets were blocked off as about two dozen disaffected Trump supporters gathered, part of a nationwide campaign following the Jan. 6 seige on the U.S. Capitol.

A Michigan State Police statement at 4:52 pm. says: "Final update: 20 - 25 protesters during peak attendance. There were no incidents or arrests."

Members of the the Boogaloo movement showed up briefly. The organization is a a far-right, anti-government and extremist political group.

Counterprotestors, some supporting Gov. Gretchen Whitmer and some wearing Black Lives Matter shirts, also were present. There was also a heavy presence of media.

On Saturday night, authorities were unsure how many demonstrators would show up. Nonetheless, they appeared to be prepared for the worst after the FBI warned of armed demonstrations in all 50 capitals in the lead up to Joe Biden's inauguration Wednesday.

Whitmer on Friday activated the National Guard and at least 100 state troopers are so far on scene. Six-foot fencing surrounds the building and legislative offices, and nearby businesses are have boarded-up windows. Precautions will remain through Wednedsay, at least. 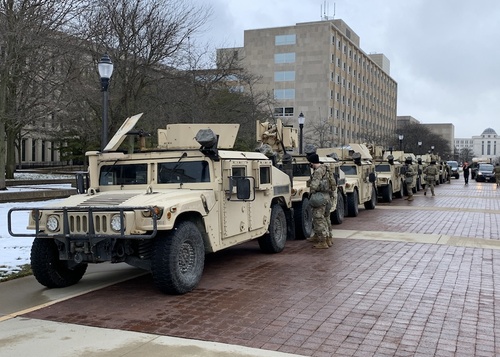 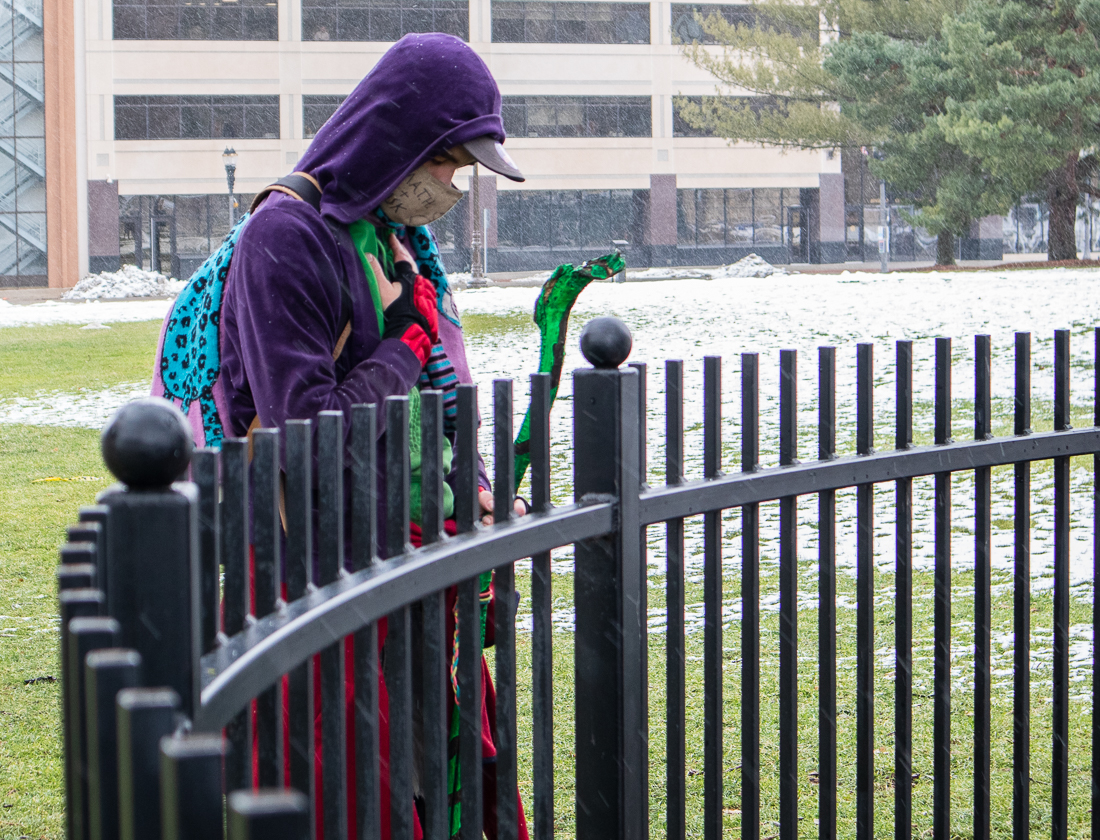 Praying to a tree, maybe counter-protester? 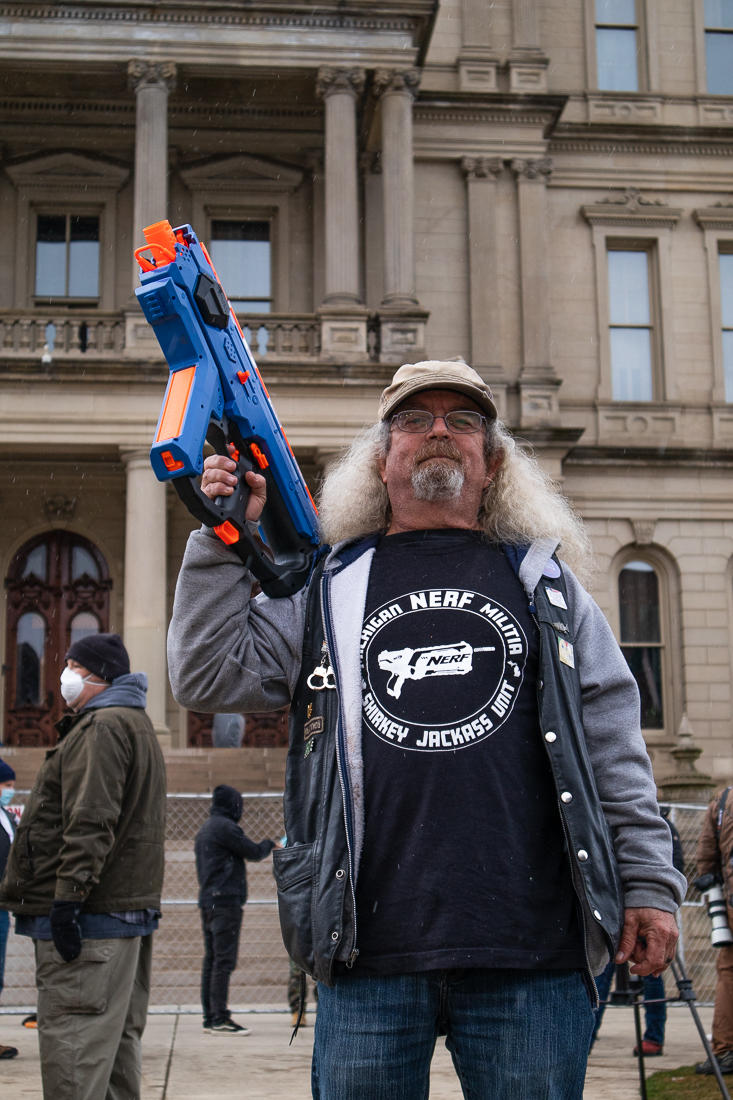 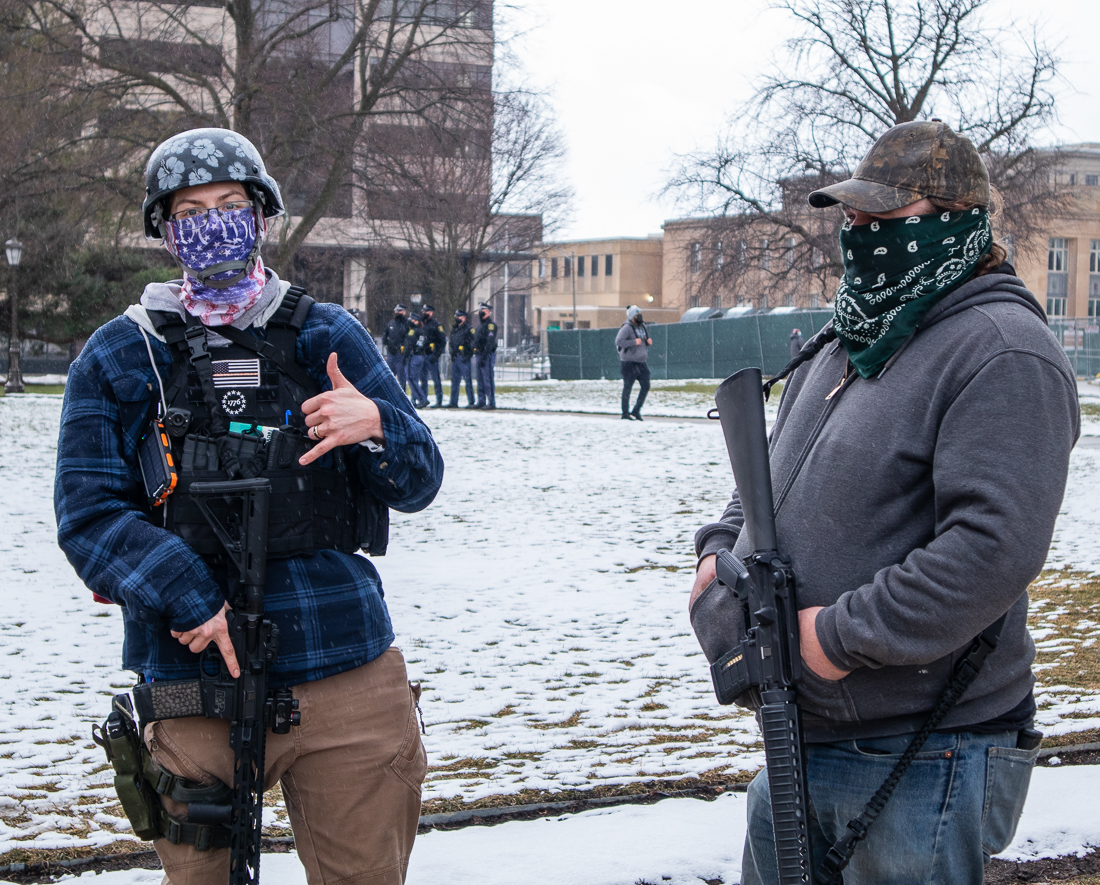 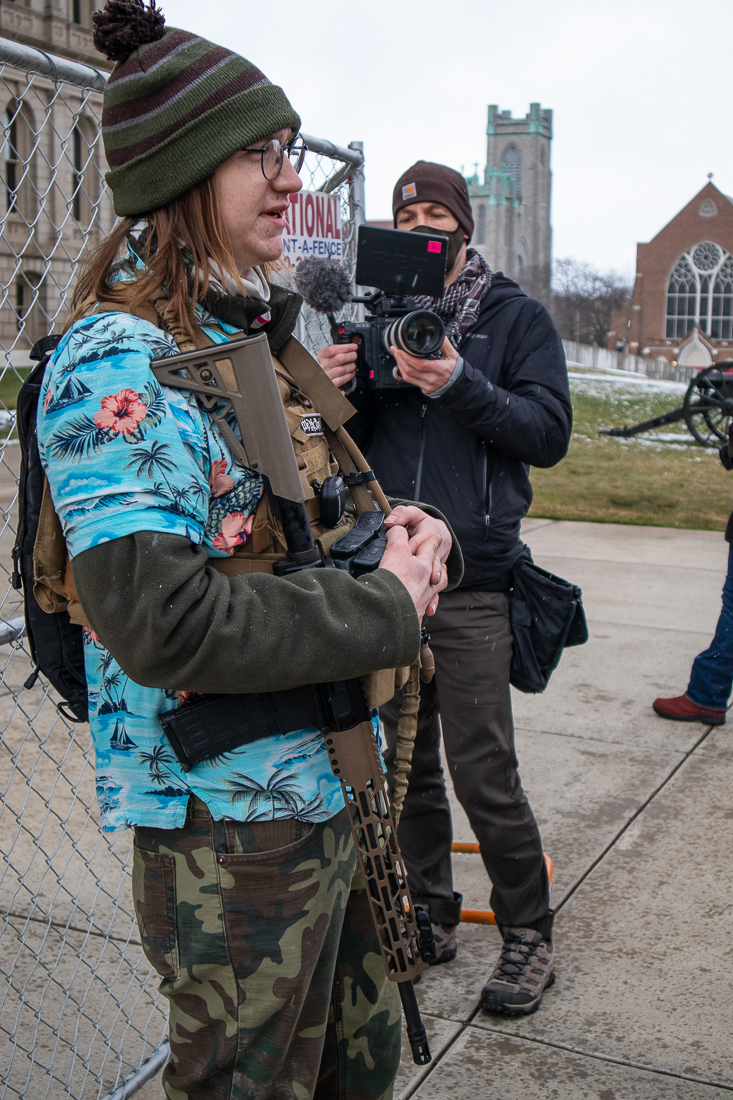 A boogaloo protester talks to the journalists. 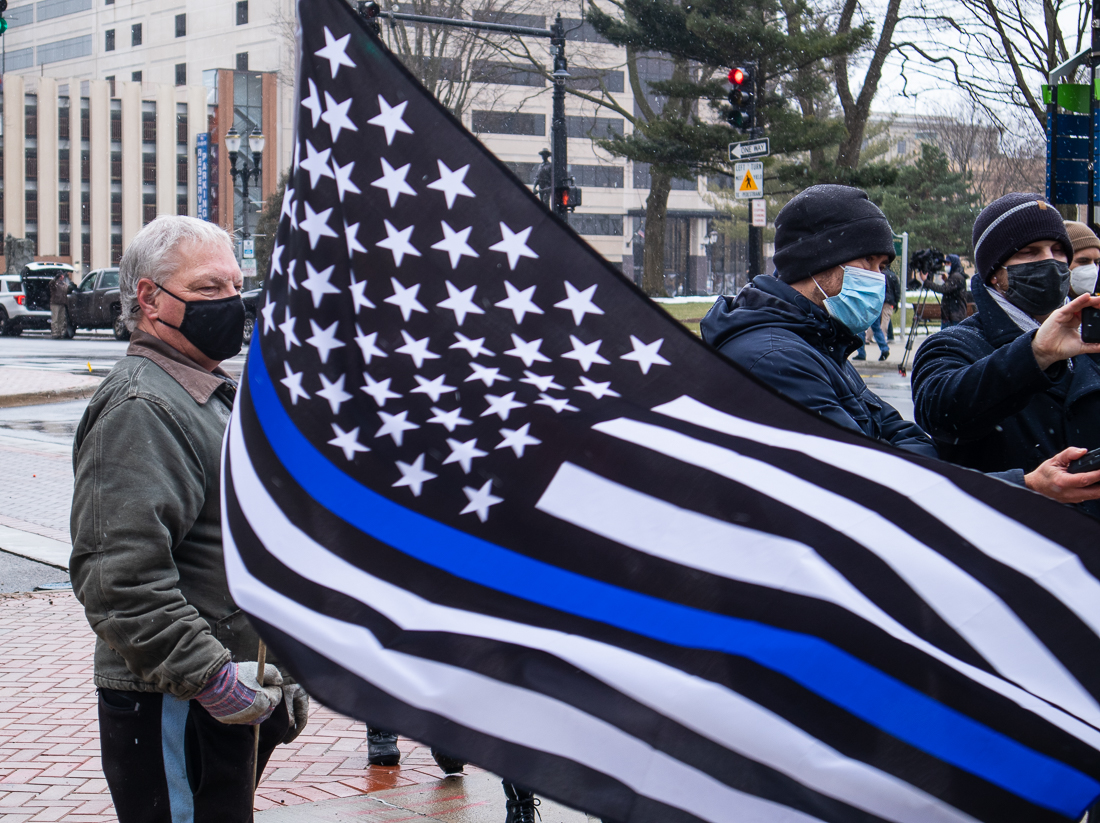 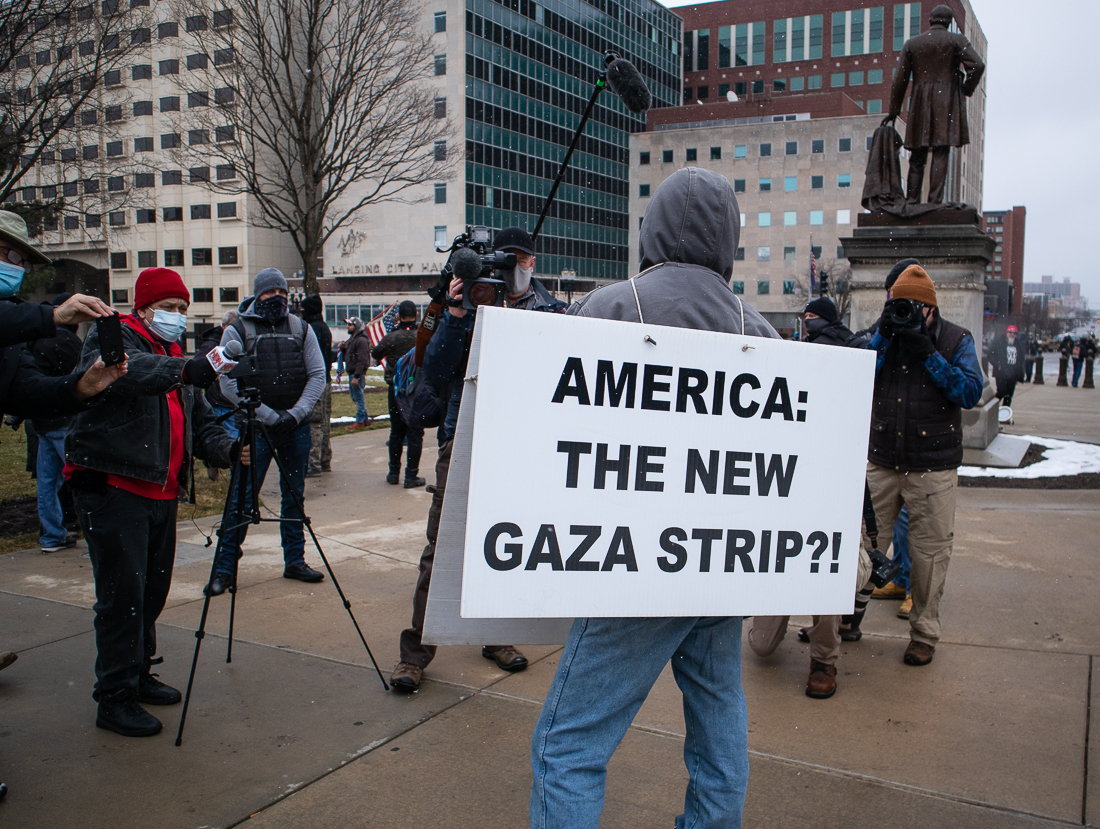 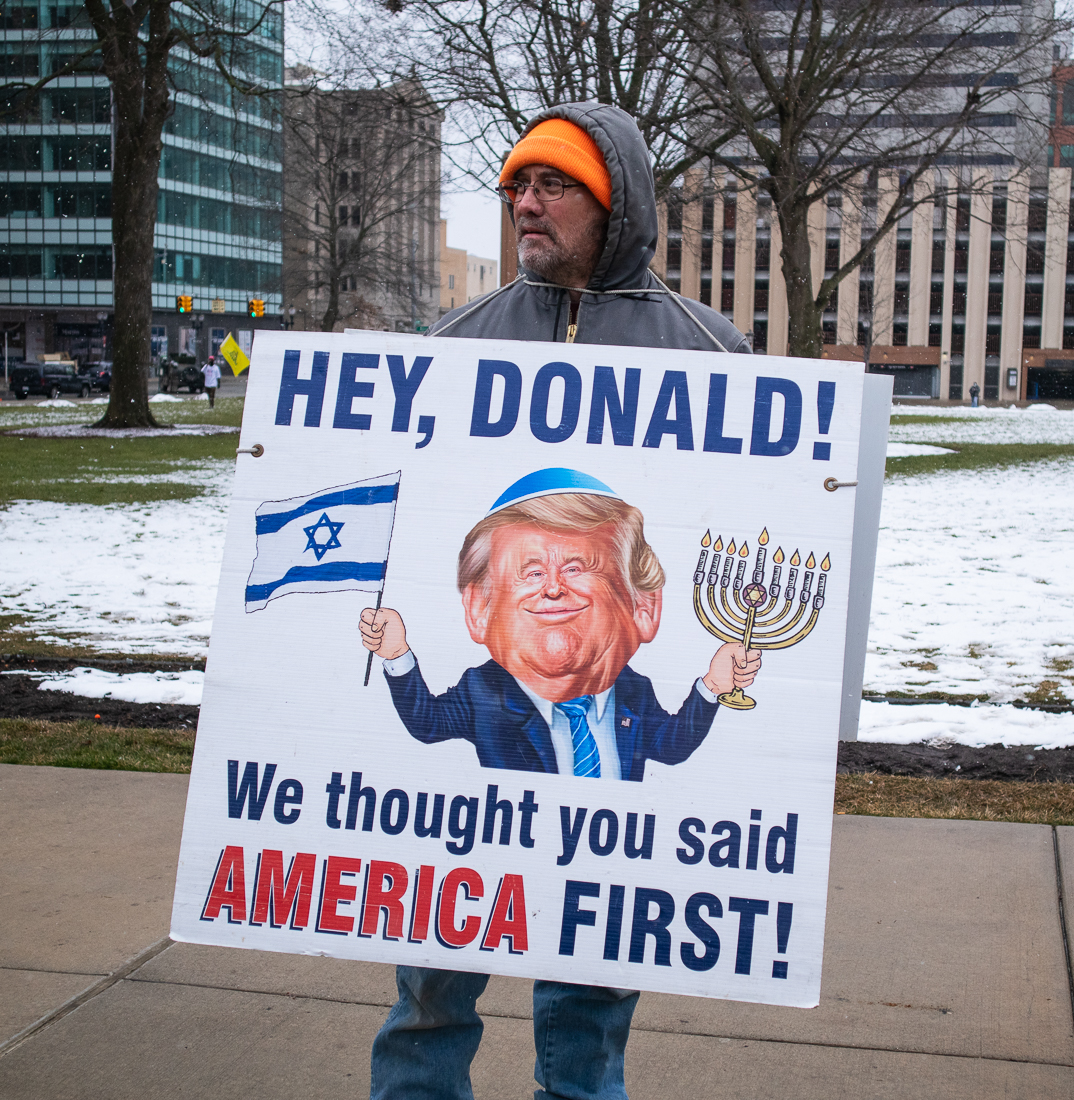 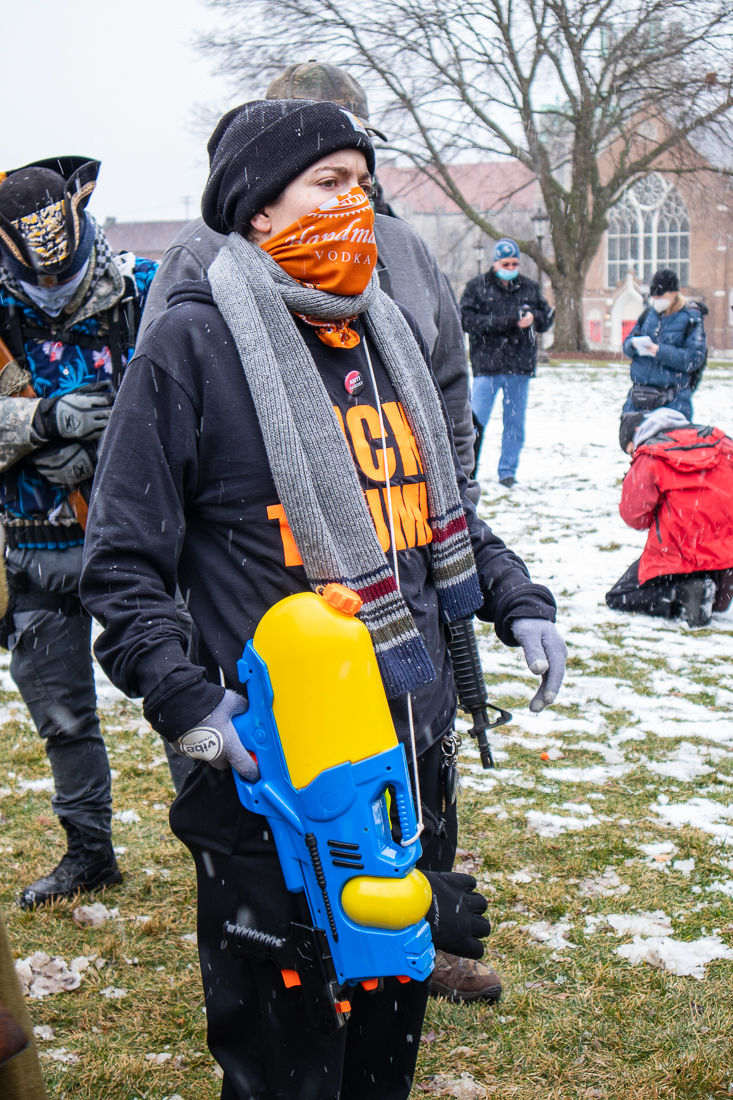 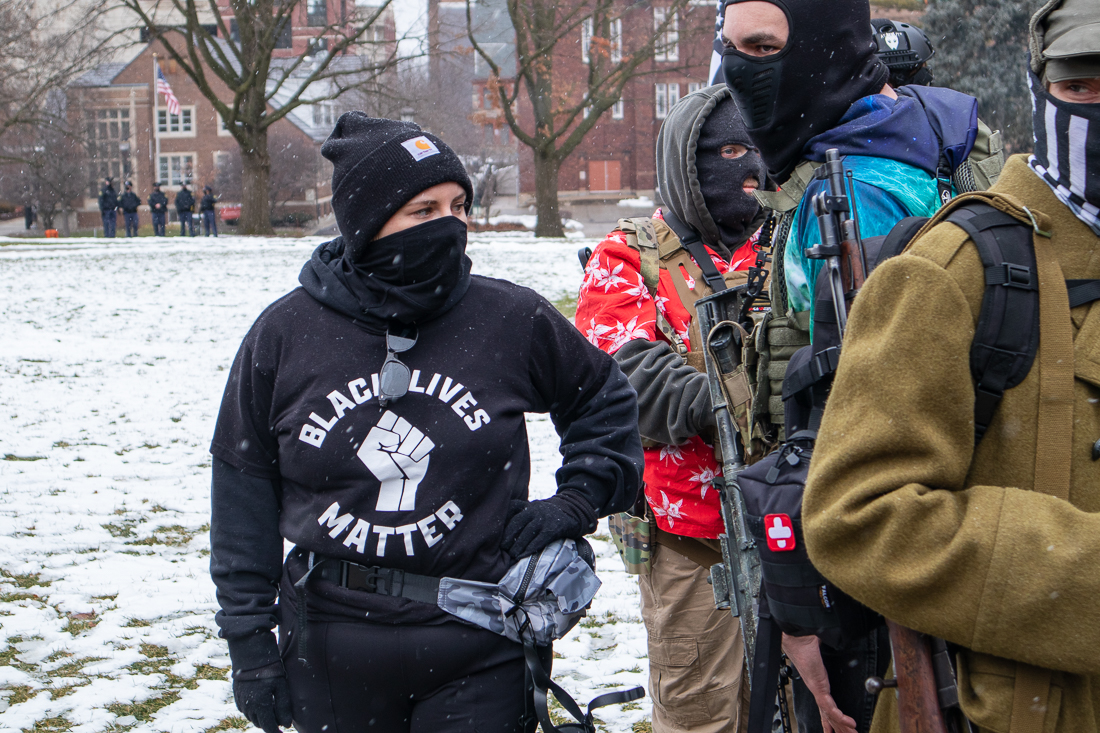 Not all are there to promote Trump. 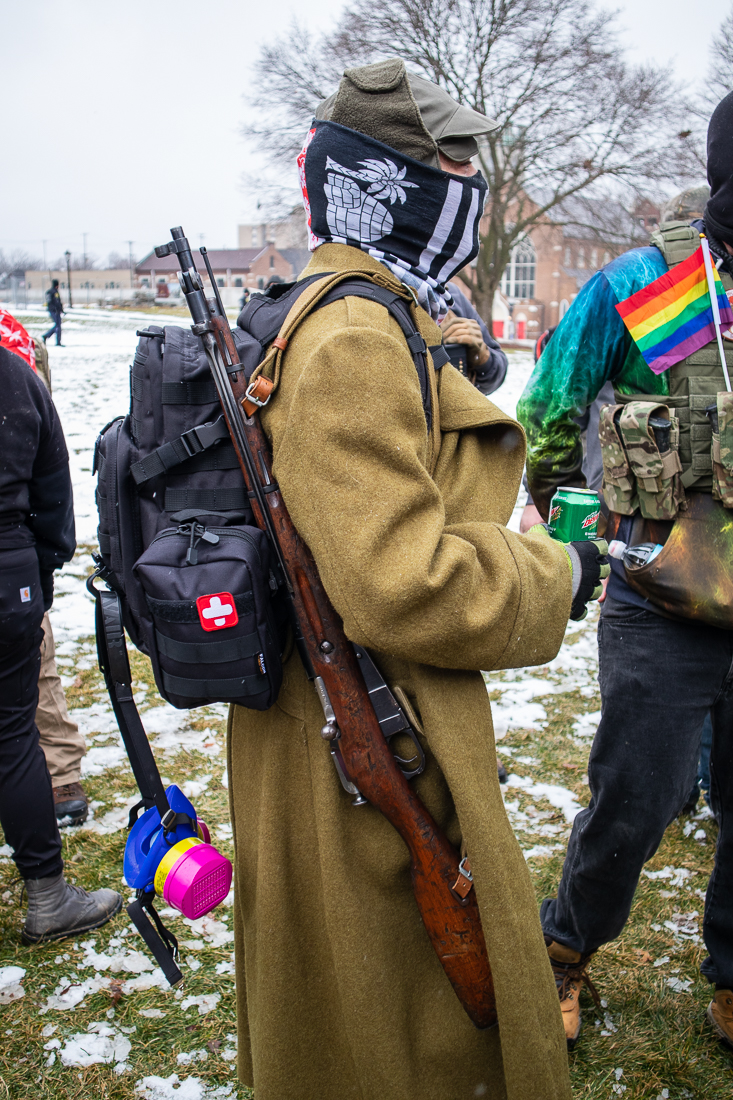 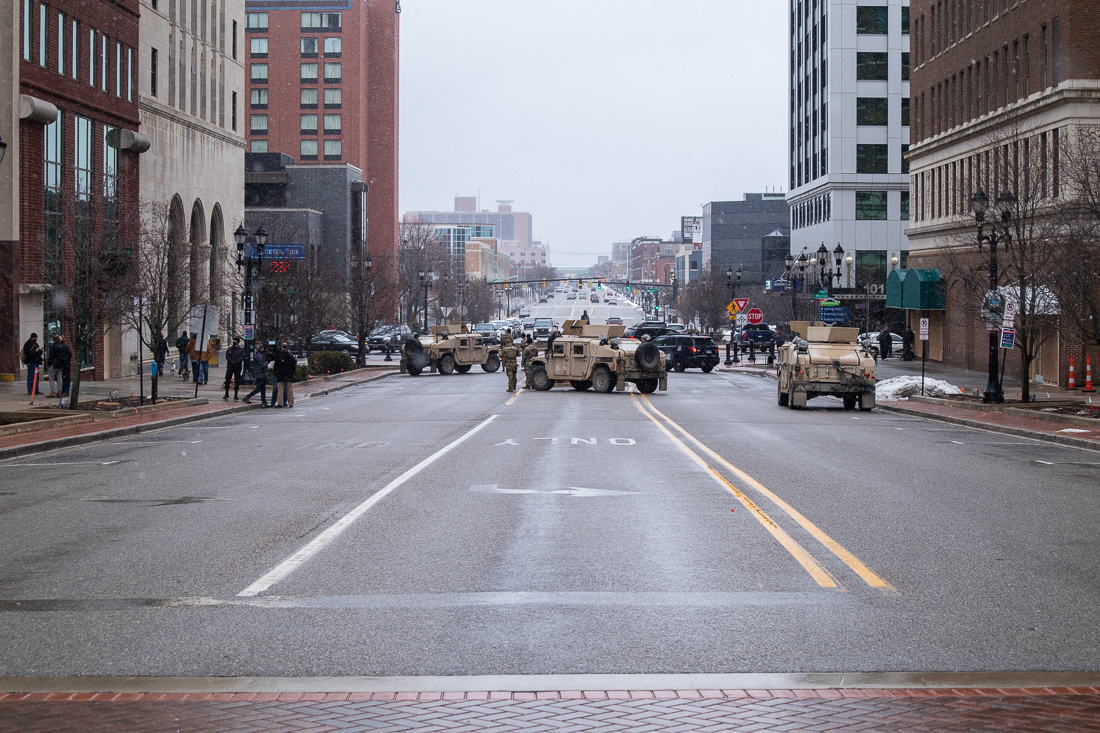 Some streets were blocked off. 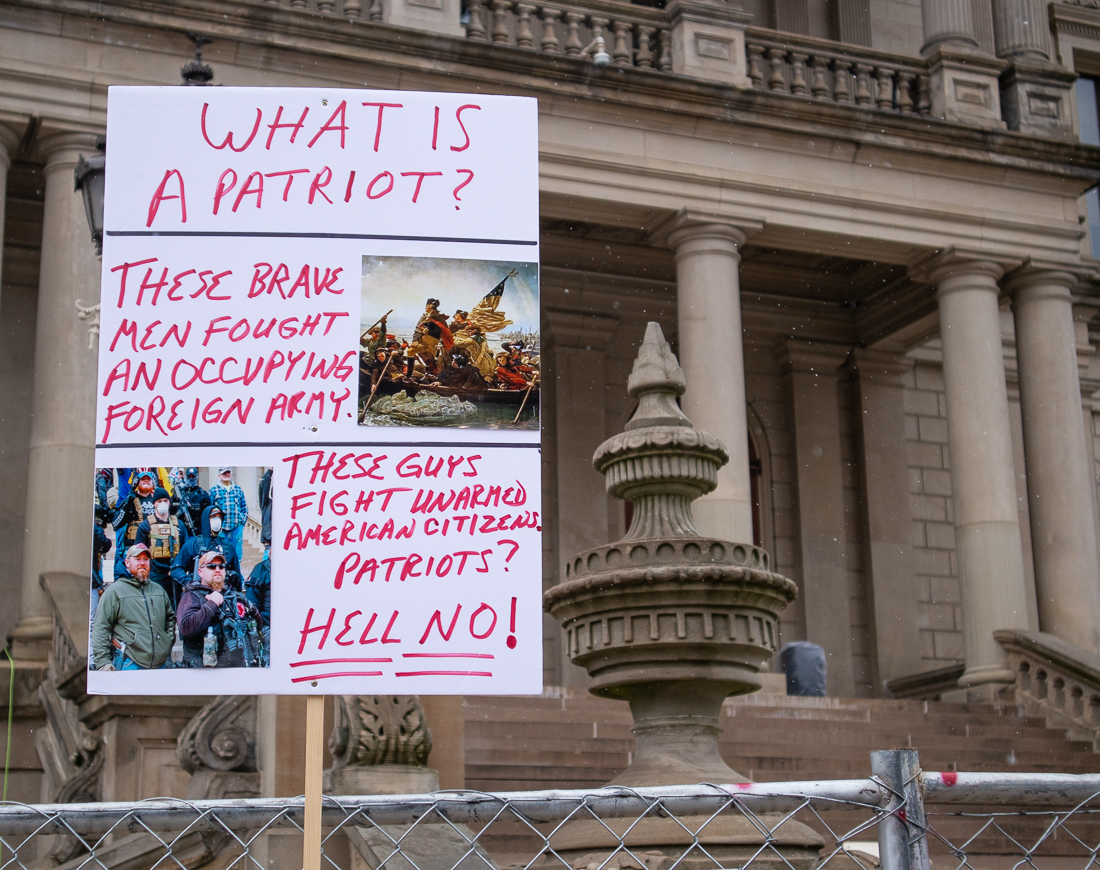 Questioning what a patriot is these days. 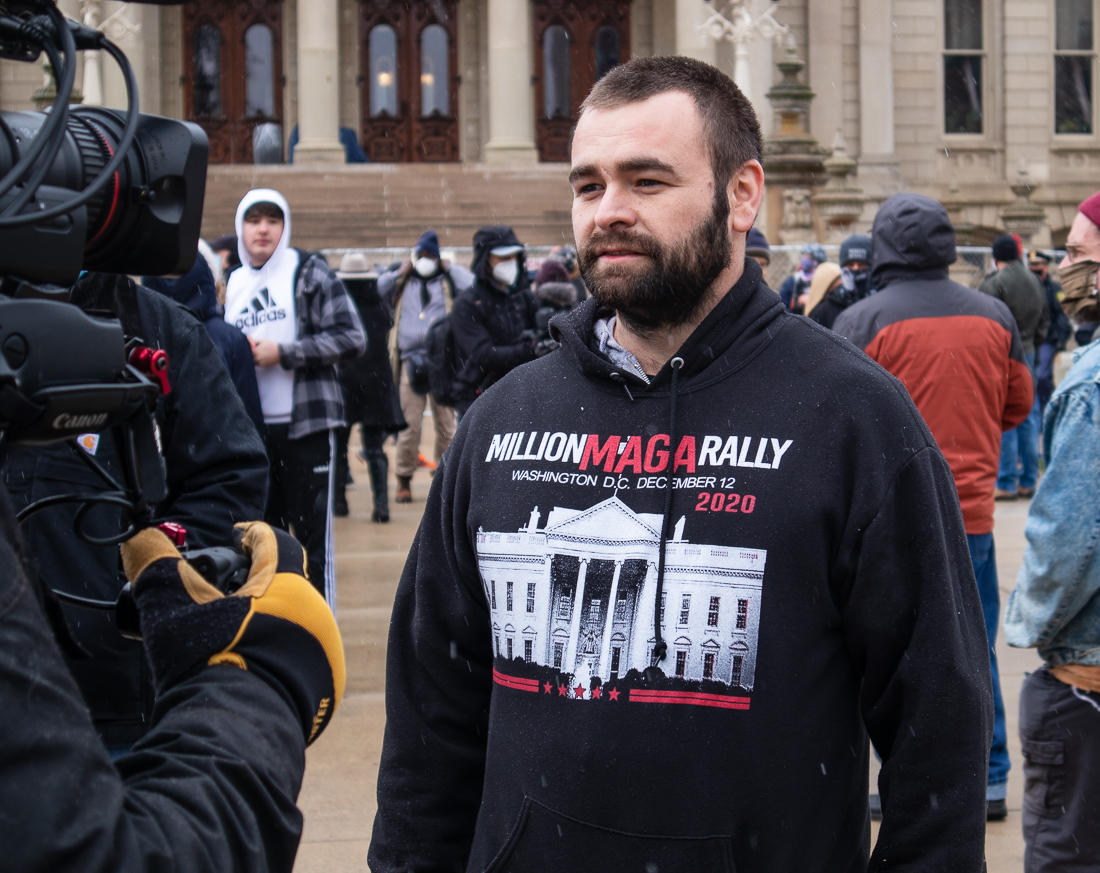 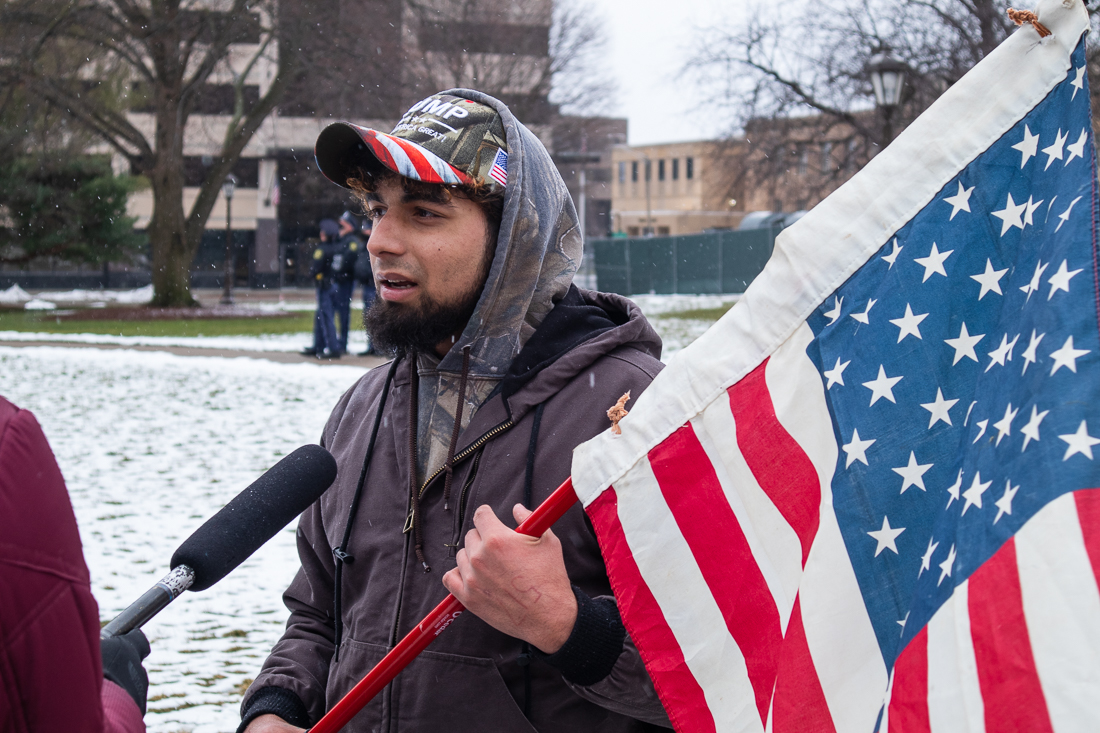 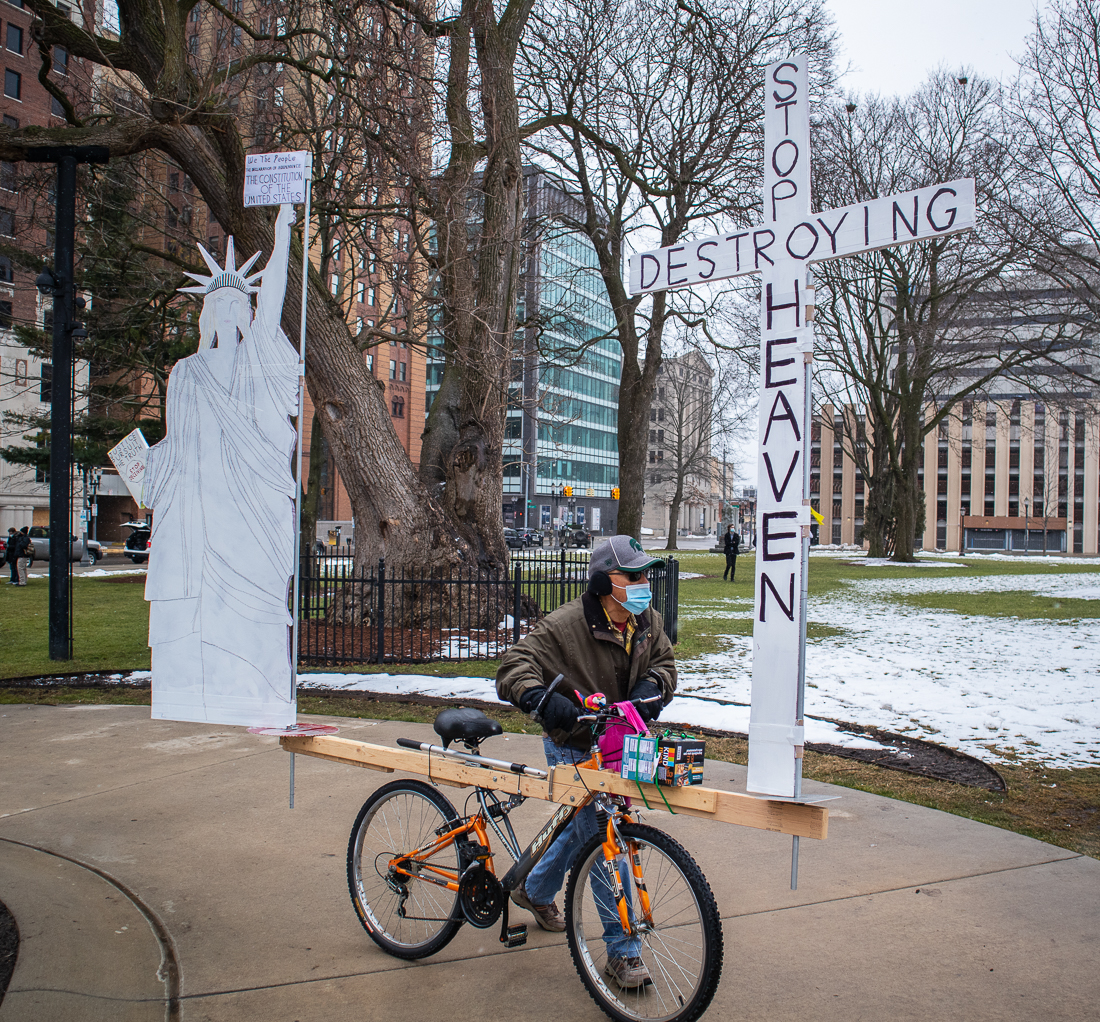 A goal Americans can back. 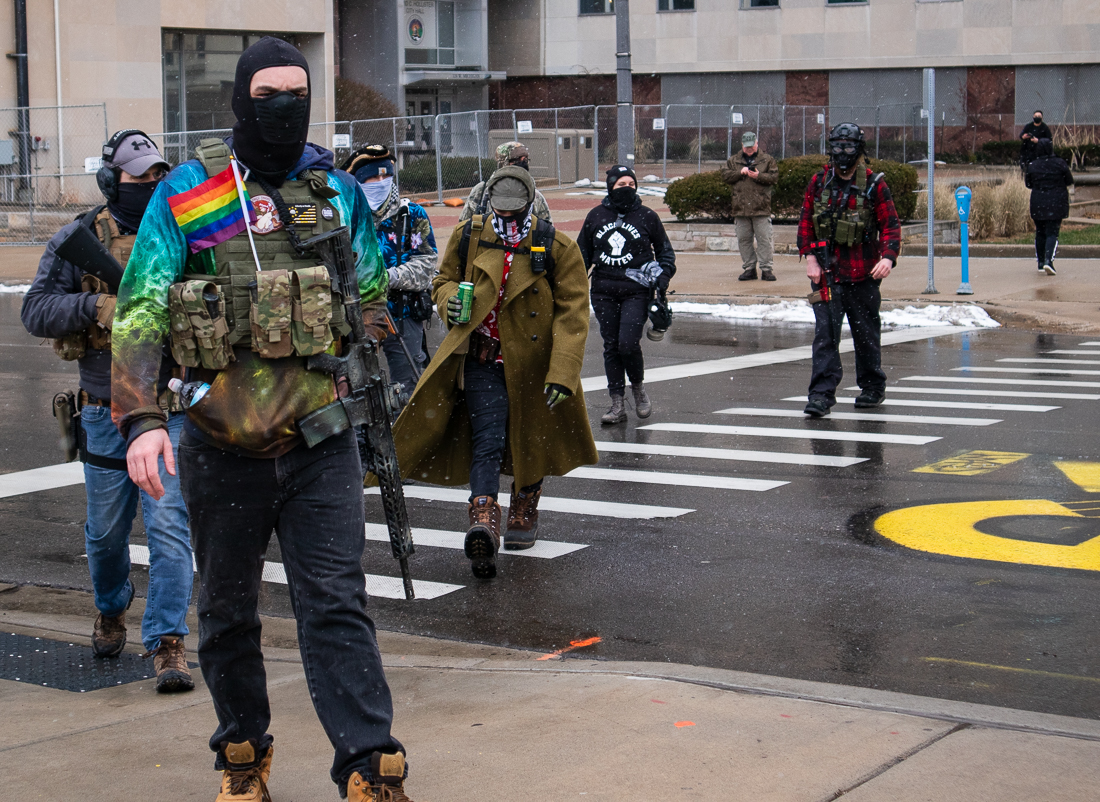 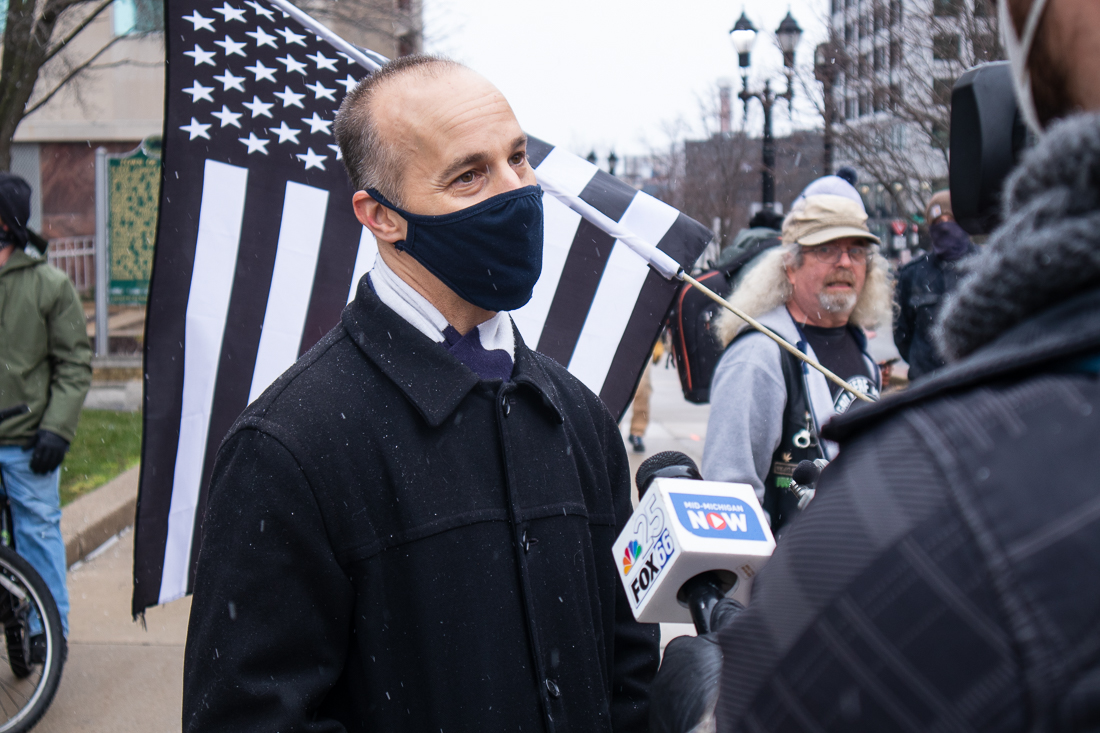 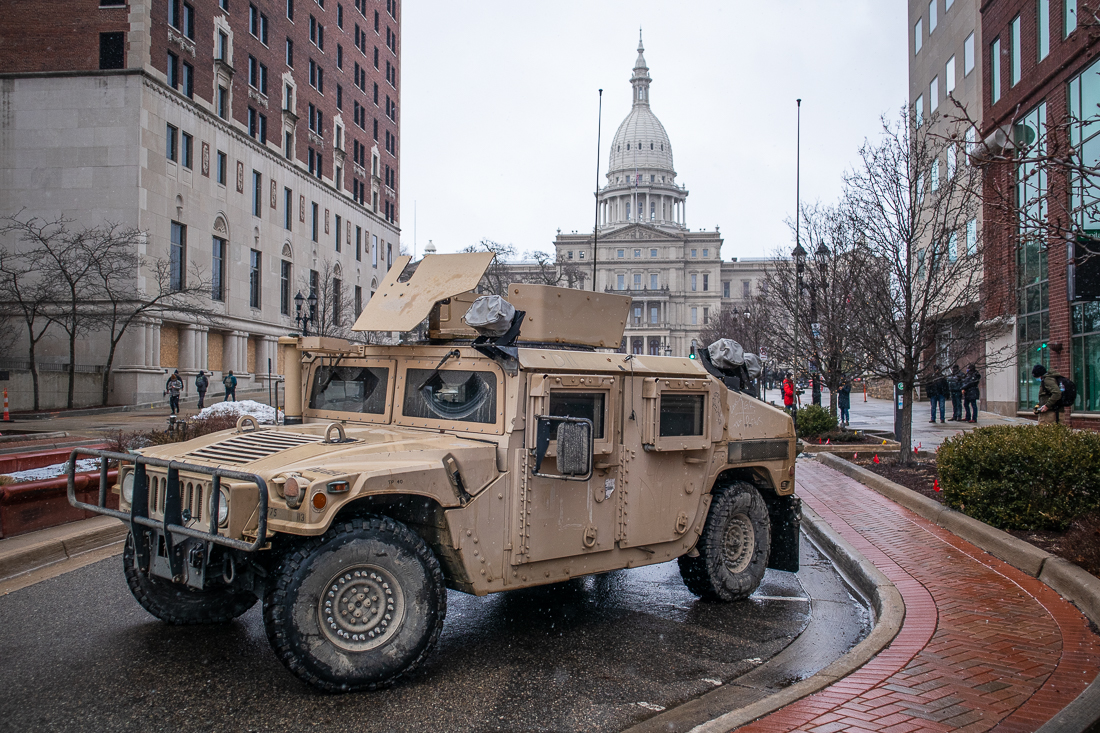 The National Guard showed its presence. 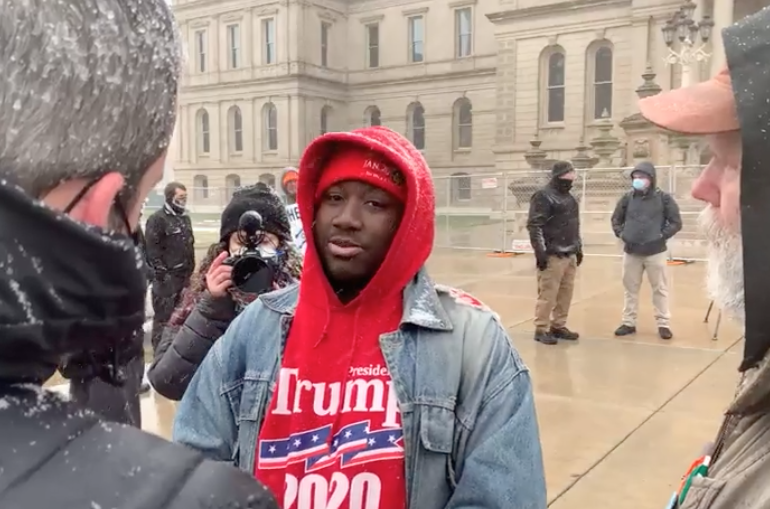 A Trump supporter talking to the press 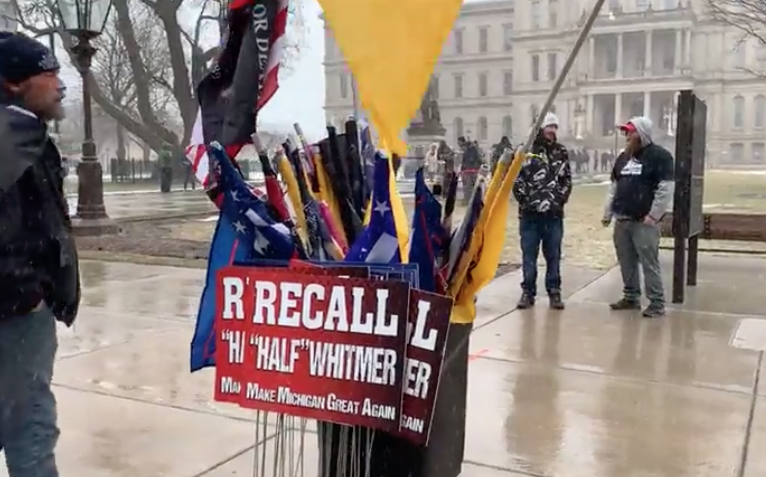 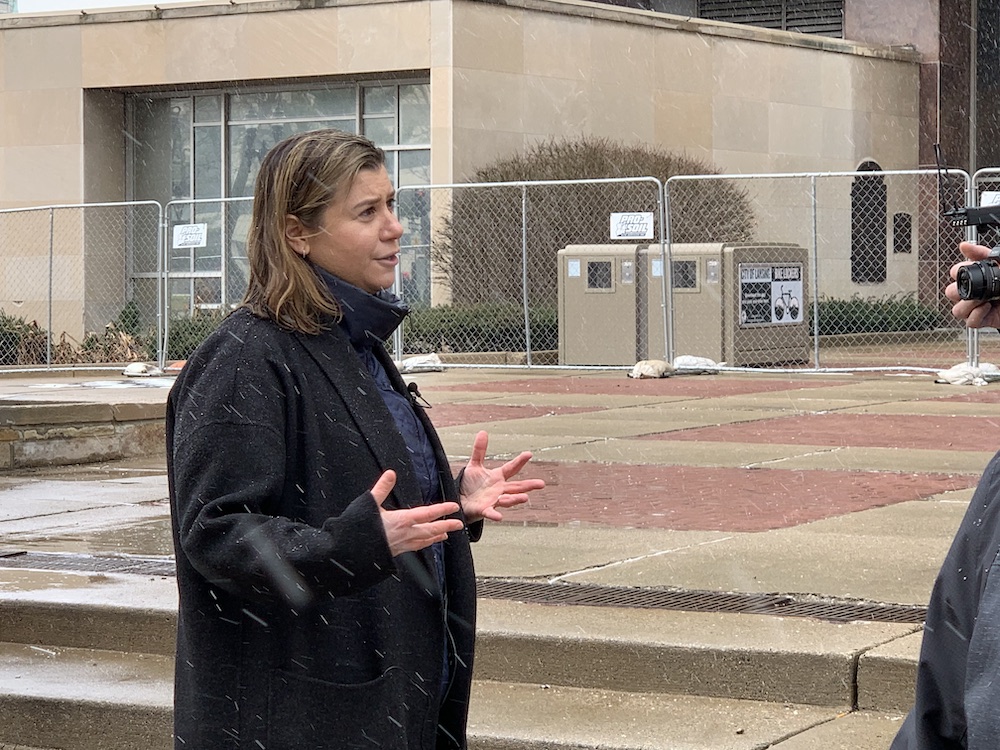