Detroit's Once-Grand Penobscot Has Become an Office Building from Hell 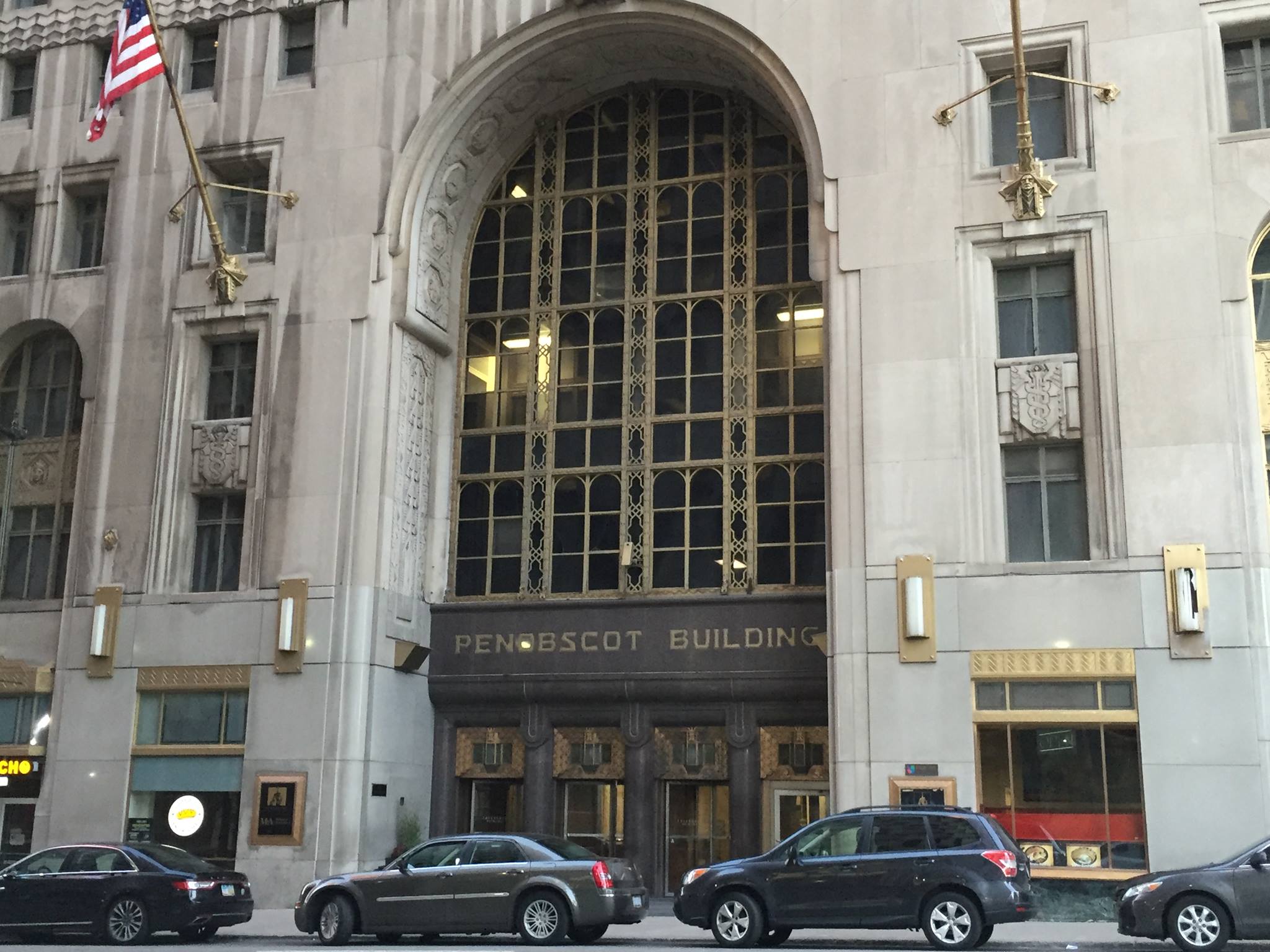 The Penobscot Building, a landmark 1928 Art Deco skyscraper on Griswold and Fort in downtown Detroit, was once a prestigious address housing some of the city's top attorneys. The polished floors shined, the place exemplified class.

Now the worn, 47-floor building has essentially gone to hell.

Since late January, it has been without running water, and for three days last week it lost power, writes JC Reindl of the Detroit Free Press. On Monday, the lobby was without heat and toilets in the building were backed up and nearly overflowing with excrement.

“You can barely walk into the bathroom because it stinks so bad," attorney Stephen Lovell, whose law firm Ernst Charara & Lovell is a tenant, tells the Freep. “Each toilet is just like filled to the brim with toilet paper and waste — and it stinks. With no running water, apparently some people don’t really care, so it’s just like one mess on top of another.'

Since 2012, the ownership has been a local affiliate of Toronto-based real estate firm Triple Properties, which belongs to Greek-Canadian businessman Andreas Apostolopoulos. The management firm clearly has done little to keep up the building.

The city plans to file a nuisance abatement lawsuit, it tells the paper.