Hunker down, Metro Detroiters -- plows are on the way (So is more snow Thursday)

It's not an inviting day to head out for pączki, work, school or Covid shots.

A winter storm warning was in effect until noon Tuesday for all of Southeast Michigan, where overnight snow depths exceed seven inches. Flurries continue this morning in Oakland County, and forecasters still claim up to 10 inches could accumulate in some areas, with more expected Thursday.

Trropers shut southbound I-75 around 9 a.m. at Joslyn Road in Auburn Hills because of vehicle spinouts shown below. "Blowing snow will keep roads slippery through the afternoon and evening," warns a Michigan State Police tweet. An 11 a.m. update says: "Freeways are getting better, main roads are OK and subdivisions are still not great." 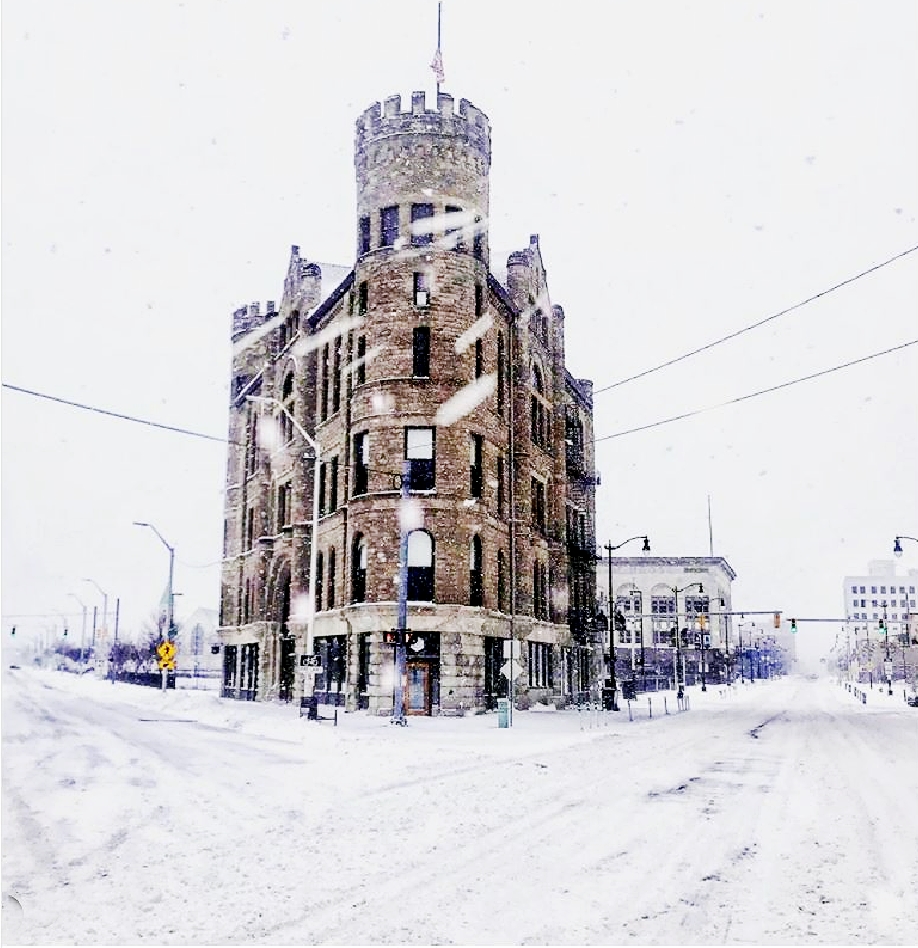 Many in-person and online classes are cancelled, as are thousands of vaccination appointments in Metro Detroit. The city of Detroit bumped 3,000 bookings at TCF Center from Tuesday to Saturday at the same scheduled times. Macomb County's Ascension Michigan hospital vaccination clinic is shut, but the Verkuilen Building government site in Mount Clemens is open for those with appointments.

Mayor Mike Duggan, running this year for a second term, says Detroit crews and five contractors began clearing residential streets and main roads at 6 a.m. Tuesday -- though "there is a good chance you'll have a hard time getting out of your neighborhood" until plows come, he added at a Monday afternoon briefing quoted by The Detroit News. "Within 24 hours, our contractors are required to have plowed all the neighborhood streets, and we're hoping people will be able to get in and out by Wednesday. That's the goal."

The 7.2 inches measured at Metro Airport by early morning breaks an 1898 record for Feb. 15 snowfall by more than two inches. 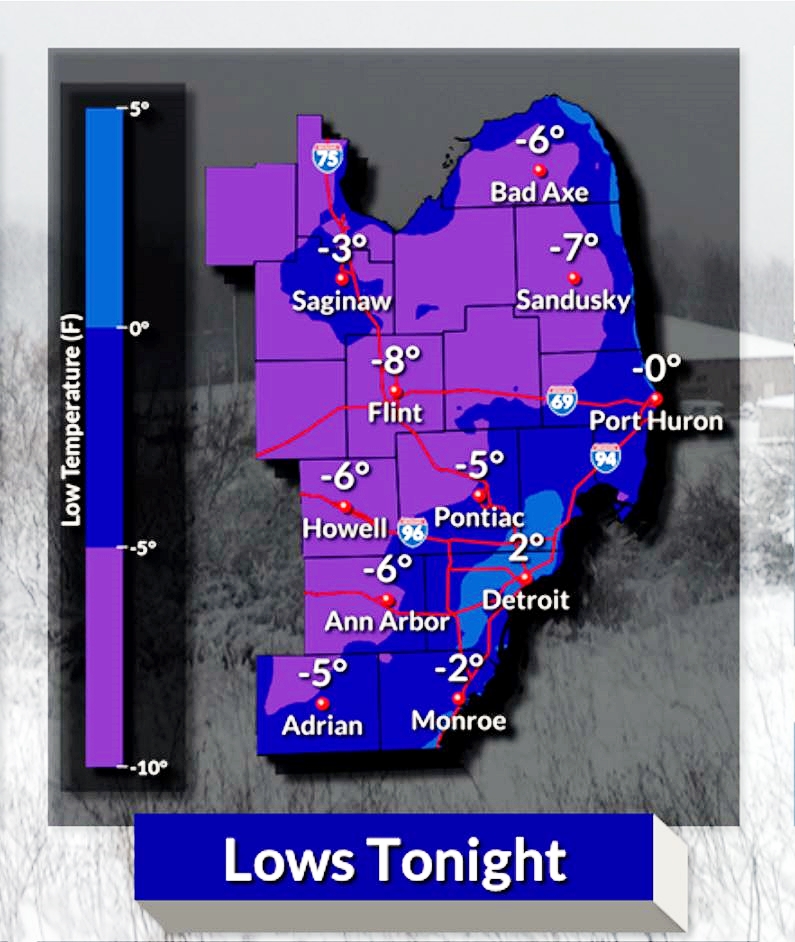 It's also an extra-cold day, with temperatures not expected to exceed the upper teens and wind speeds of 10 to 20 mph, keeping the wind-chill factor around zero.

On Tuesday night, forecasts predict a low of -1°, followed by a partly sunny Wednesday with a high of 21°.

But hey, here's a brighter note: The Tigers' first spring training game is Feb. 28, less than two weeks away. So hang on.