Barb Byrum had Mike Shirkey pegged early last decade, back when they worked in the same place.

"The Mike Shirkey I knew when I served in the Michigan House of Representatives was just as bad as the one we see today," the Democratic former legislator writes about the Senate majority leader. "I called him vile in 2012 and that description continues to hold true."

In a smash-face post Tuesday at Eclectablog, Byrum -- in her third term as Ingham County clerk -- rips Shirkey as "the latest in a series of legislators and legislator-adjacent men who feel empowered by the 'boys club' atmosphere of the Michigan Legislature to treat and talk to women however they please without consequence." 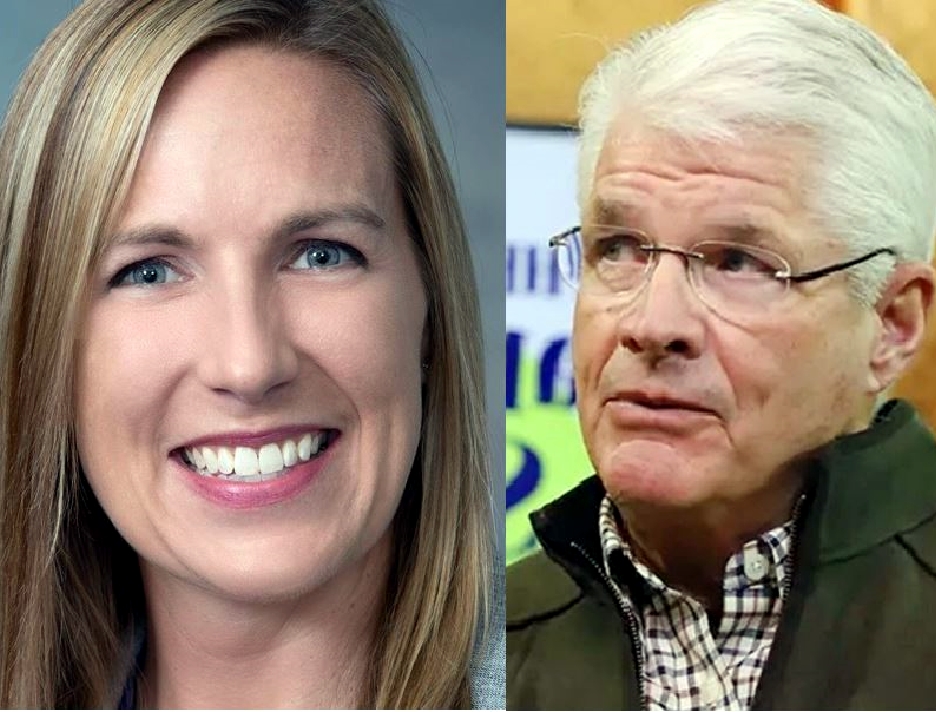 Barb Byrum says Mike Shirkey "knows that he will never be held accountable."

The two politicians were on opposite sides of the political aisle in the House from November 2010 through 2012. Now she calls him out forcefully for remarks about Gov. Gretchen Whitmer, most recently a claim this month that Republicans "spanked her hard on the budget, spanked her hard on appointments." (He defends the word Tuesday on WKHM, a Jackson talk radio station, by calling it "a routinely used term in our lexicon.")

Byrum initially pushed back on Twitter: "Hey Mike: Stop sexualizing the Governor of the State of Michigan. Your casual misogyny has no place in the 21st century…or the 20th century, for that matter."

In her more expansive takedown at Eclectablog, a Dexter-based progressive politics site where Byrum contributes, she urges "business and organizational donors to boycott donating to Senator Shirkey’s campaign, PAC and other associated groups, and to demand refunds of those contributions already made."

Continuing to fund his campaign and leadership accounts is tacit approval of his words and actions, and they cannot and should not be tolerated. ...

Being term-limited has only emboldened him to say terrible and misogynistic things out loud because he knows that he will never be held accountable for his actions. He will ride off into the sunset with a cushy job, making a six-figure salary. ...

He will not be censured, he will not resign, and he will not be recalled by the voters of his district [Branch, Hillsdale and Jackson counties]. Businesses may condemn his statements but will continue to contribute to his campaign, even though he is currently not running.

Bryrum, a state representative from 2007-12 before being elected clerk in the county that includes Lansing, writes that it's time "to ask ourselves why voters continue to elect people like [Shirkey]."

It will not [change] until the voters hold those that speak in such a manner accountable or impose rules upon them. Republican lawmakers simply cannot be counted on to police themselves. We, the voters, will have to see to that, in the end.