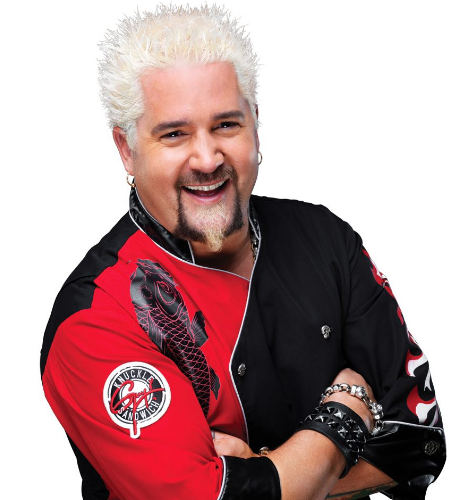 "Guy Fieri's Flavortown Kitchen" is running the pop-ups from restaurants that have been closed during the pandemic, The Detroit News reports. His brand also is on a Lansing-area spot and on others elsewhere around the country.

Locations for the eatery include Bravo! Italian Kitchen restaurants in Lansing Township in the Eastwood Towne Center, in Livonia on Haggerty Road and in Rochester Hills on North Adams Road and Brio Italian Grille in Sterling Heights on Hall Road at the Mall at Partridge Creek.

The ghost kitchens are in a soft launch phase meaning all the locations are not yet opened, a spokesperson for the restaurant chain that owns both brands said. Livonia is currently the only location accepting orders, while the others are planning to open in the next couple of weeks.

Orders can be placed using third-party apps. Menu items include classics from the Food Network star's repertoire like The Chicken Guy! sandwich, chocolate whiskey cake and jalapeño pig poppers (which is exactly what you think it is).

While Fieri has become a popular TV figure, not everyone is a fan.

Were you struck by how very far from awesome the Awesome Pretzel Chicken Tenders are? If you hadn’t come up with the recipe yourself, would you ever guess that the shiny tissue of breading that exudes grease onto the plate contains either pretzels or smoked almonds? Did you discern any buttermilk or brine in the white meat, or did you think it tasted like chewy air?

In 2018, the Showbiz CheatSheet headlined a post "Here’s Why Guy Fieri Is 1 of the Most Hated Celebrity Chefs of All Time."