At Detroit Metro Airport, hundreds of food jobs in jeopardy despite Delta bailout 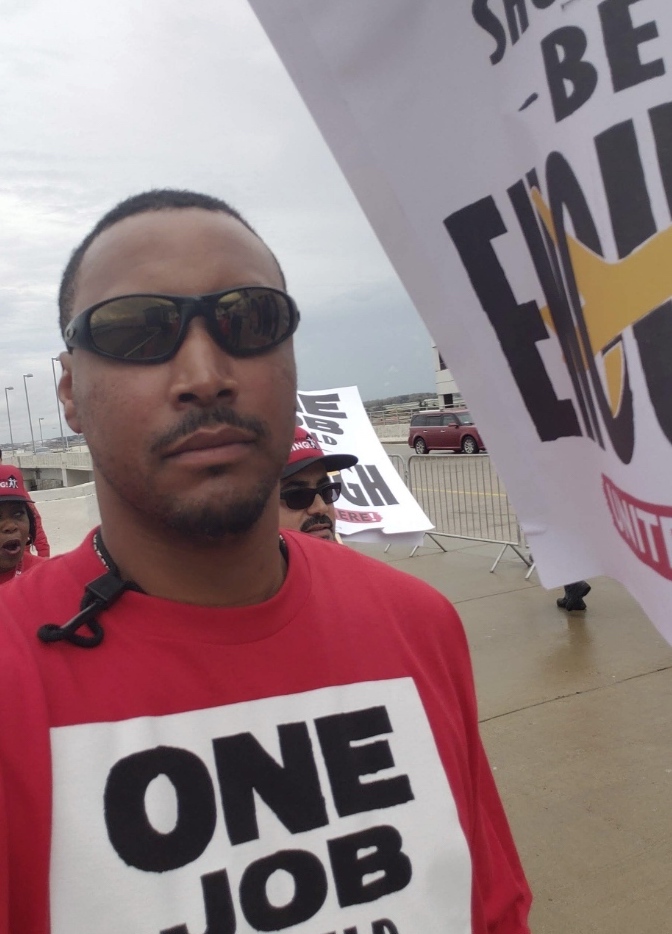 After 23 years with Delta’s in-flight catering provider at Detroit Metro Airport, Richard Duncan, a single father from Wayne, is looking for work. He has sights set on a specific gig he’s well-qualified for, and has already submitted three applications and on Friday plans to attend a job fair to get his resume in front of the right people.

But in a cruel twist, the job he’s gunning for is the same one he’s always had. Duncan is being forced to reapply for his position in the catering kitchen servicing Delta flights — with no guarantee he’ll be rehired — because the airline will soon switch its catering company from LSG Sky Chefs, whose workers are unionized, to the non-union DO & CO. According to the union, Unite Here Local 24, the move threatens to put approximately 500 airport food service employees out of work, many of them minorities or immigrants living in Detroit.

The change comes despite Delta’s $5.4 billion bailout from the federal government, intended to keep airline workers employed. But kitchen workers fall in a gray area: Because they’re not technically employed by Delta, but a sub-contractor working for the airline, their jobs are not guaranteed.

With DO & CO poised to take over on March 15, Unite Here Local 24 says the company has already begun hiring outsiders, some from an initial job fair existing workers were also encouraged to attend.

Delta said some current workers had already received job offers, though did not say how many. Duncan and a co-worker, Shandolyn Lewis, submitted applications weeks ago and have yet to hear back.

Though airline profits have plunged during the pandemic, Delta says the decision to switch catering providers was aimed not to save money, but to “ensure excellent customer service” and “operational reliability.”

This “aligns with Delta’s high expectations for service and our core values of treating people well,” a spokesperson said in a statement. 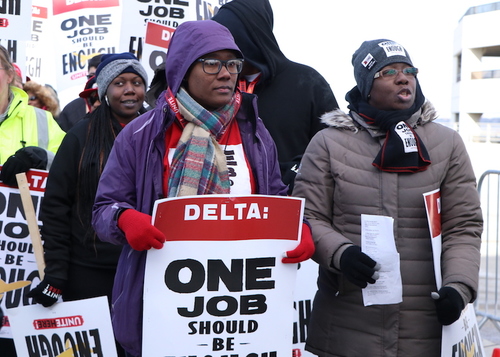 Sky Chefs workers at the airport voted to authorize a strike over low wages in 2019, but were thwarted by the Trump administration. The company separately sent a notice to the state last year saying it would lay off approximately 100 workers as a result of the pandemic.

A Delta spokesman added that the new company, DO & CO, would offer increased pay and benefits of up to 35 percent to some workers. But Unite Here Local 24 is urging the airline to require the contractor retain the current workforce in full, noting they have years of experience and have been trained in Covid safety protocols.

“Doing so not only would ensure excellent customer service and maintain Delta’s high standards, retaining the current workforce would also be better for public health,” union spokeswoman Diana Hussein said in an email.

But with the new company operating without a contract, existing workers say they fear losing hard-won benefits and protections, even if they’re rehired.

Lewis, 36, a coordinator for the company and single mother living in Detroit, said the unknowns could throw her and her 14-year-old daughter’s lives into chaos.

“Will I have a job?” she asked. “If I do have a job, what are the benefits? Will the health care be affordable if they offer it? What will be my pay rate? Will I be working 40 hours minimum per week?”

DO & CO did not reply to an inquiry from Deadline Detroit. The union said the contractor held a meeting with existing employees in mid-February, but did not make any hiring promises.

Sky Chefs said it is making "every effort" to assist long-term staff with the transition and is "supporting the new operator to recruit employees impacted by the change."