The phrase "family feud" pops to mind as one state agency slaps another for breaking Covid safety rules.

The Michigan Occupational Safety and Health Administration fines the Department of Corrections $6,300 for violations at an Adrian prison that include unmasked employees and workers seated closely at lunch. It's the first such penalty reported against a state department or agency, the Lansing State Journal says.

MIOSHA inspected the facility between July and December "in response to a Covid-19 related fatality," according to a press release. 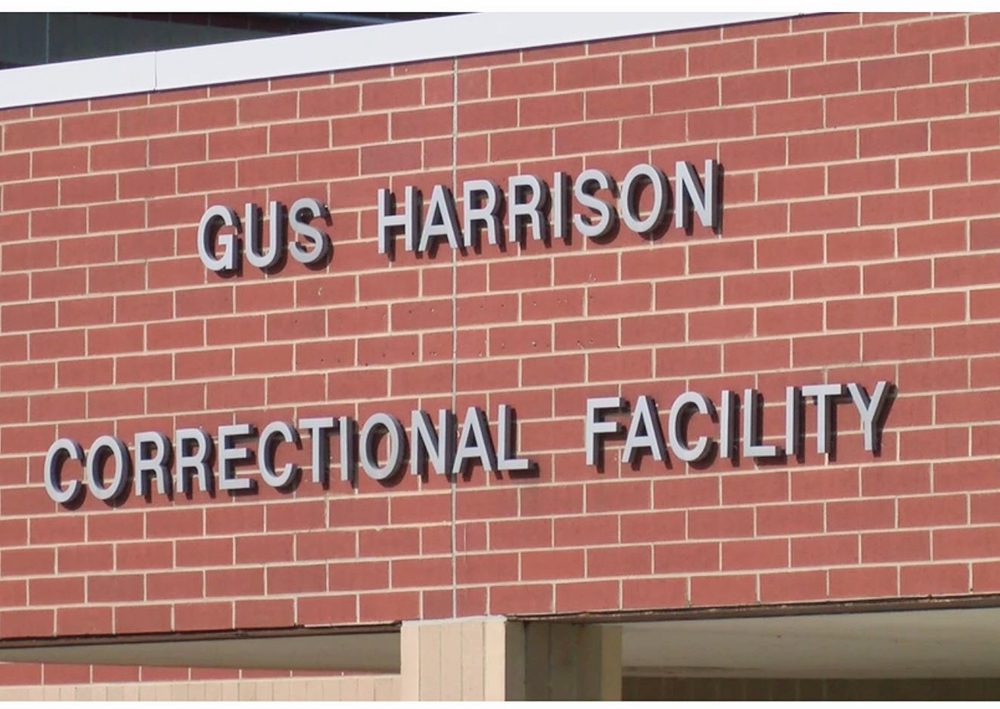 The victim, according to the Detroit Free Press, was corrections officer Randy Rumler, who worked at Gus Harrison Correctional Facility since 1996.

The department is appealing the penalty announced Friday, a spokesman tells the paper, which describes pandemic safety missteps at the rural prison 70 miles southwest of Detroit:

The workplace safety violations MIOSHA investigators found were serious, they wrote in a Jan. 15 citation report. They detailed a string of infections in April and May that occurred among five corrections officers who regularly ate lunch together. ...

Investigators found the department failed to:

According to the citation, a corrections officer at the prison tested positive last April 17 and told supervispors three days later. He wasn't interviewed about close contacts, and four other officers he lunched with daily tested positive by May 6.

Here's how the executive editor and publisher of Gongwer News Service, a Lansing newsletter, reacts to the unusual callout:

Meanwhile, MDOC and the governor have insisted for a year the department was doing everything possible to protect inmates and staff from the virus only to now have MIOSHA say, "Yeah, no."

The sprawling prison, a modern complex opened in 1991, has about 500 employees and can house 2,362 men in 14 units on the outskirts of Adrian. 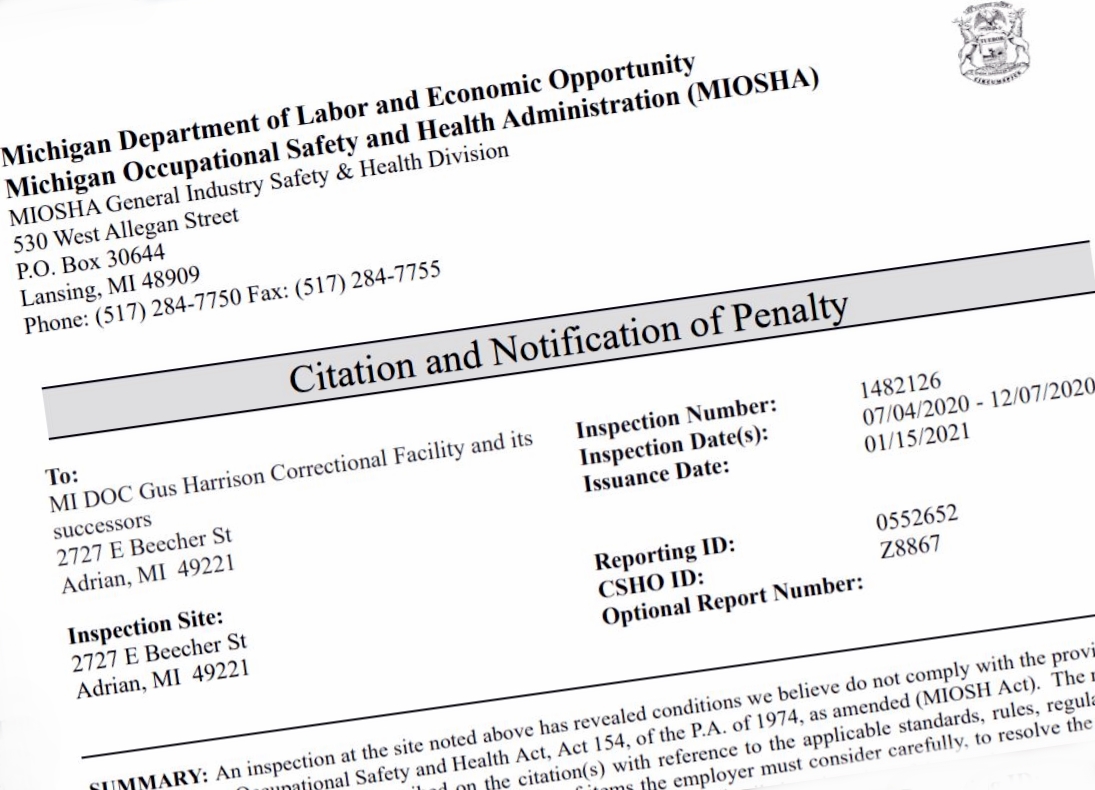 At Gus Harrison, 1,465 prisoners have tested positive for the virus and seven died. There are two active cases now, the Journal says.

Statewide, 24,013 prisoners have confirmed coronavirus diagnoses as of Friday and 145 have died, according to the state health department. Another 789 tests and three deaths are classified as "probable" Covid cases.