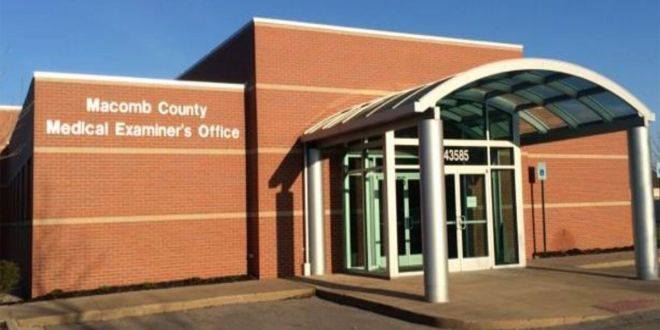 A former investigator for the Macomb County Medical Examiner's Office has filed a federal lawsuit alleging she was subjected at work to a steady stream of racism, sexual harassment and public displays of graphic pornography, including nude photos on computer screen savers. At one point, someone brought a penis birthday cake to the office, which sat around for days.

Anjanette Beaver of Macomb County, who is described in the suit as a Native American woman, complained to management, but was met with retaliation, and eventually forced to quit last month because of untenable working conditons, according to the suit filed Friday in U.S. District Court in Detroit.

She is asking for reinstatement, financial compensation for lost wages and other damages and attorney fees.

The suit says that Spitz, who also oversees the St. Clair County Medical Examiner's Office, hired three of the fired workers there.

Spitz and others named in the suit deferred comment to John Schapka, corporation counsel for the county, who tells Deadline Detroit: "It's a wonderful bit of fantasy to claim the county did nothing about this." The county quickly investigated and fired the four people, he says.

He said at first blush, it appears half the allegations in the suit are false, and through discovery, they'll determine the merits of the others. He also said Beaver resigned, contrary to suggestions she was fired or forced to quit.

Attorney Joel Sklar, who filed the lawsuit, said "the county defendants are wrong and the facts will bear that out."

Beaver was a Detroit police patrol officer for 27 years. In 2015, after retiring from the department, she took a job as an investigator for the Macomb County Medical Examiner.

The lawsuit alleges Beaver found from the outset that the work environment was "sexually charged and tainted by racial animus."

The suit alleges that the county failed to discipline or investigate Spitz "in spite of his unlawful conduct in the systemic creation, cultivation, encouragement, nurturance, and tolerance of a blatantly hostile work environment based upon sex, race and his intentional acts of retaliation intended to punish, dissuade, intimidate, deter, and silence public employees" like Beaver.

Last May, the suit said that someone brought a chocolate frosted cake in the shape of a penis to the office for a white female's birthday.

Additionally, balloons with illustrated penises were placed in the desk cubbyhole of the person celebrating her birthday, and remained on display for days.

The suit alleges that Spitz, Roland and others in the office laughed when they saw the cake, which remained in the lunch area for four days despite complaints from Beaver.

In 2013, Spitz's former colleagues accused him of running a "tyrannical" regime at the county morgue and forcing out every member of the staff he inherited from his father, Dr. Werner Spitz.

Last year, Robinette Struckle, a former worker at the Macomb County Medical Examiner’s Office filed a federal lawsuit against the county, alleging she was fired after raising concerns about employees failing to wear proper protective equipment during autopsies.