Lapointe: The Tigers May Be Leading a Detroit Sports Revival 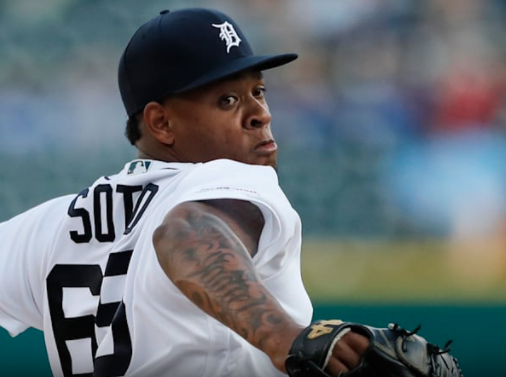 Few cities support sports teams in all four major professional leagues. Detroit is one of the lucky ones.

But how many can claim four last-place teams at the same time? That was the sad situation just a few months ago when the Tigers, Red Wings, Pistons and Lions all viewed their divisions from the bottom up.

In some cities, under these circumstances, angry fans would storm their stadiums like a MAGA tourist group at the U.S. Capitol. They would not stand for four local teams “rebuilding” at the same time. But Detroit fans are patient and forgiving. Their default setting is optimism.

Suddenly this summer, it seems to be paying off. With a 7-5 victory over Texas Thursday afternoon at Comerica Park, the Tigers finished their post-All Star homestand at 7-0. True, they have been playing weak teams. But they are currently the hottest team in baseball and have lifted the sports spirit of the city.

The team seems to be blooming, melding and coming into focus. Unlikely heroes are passing the baton to each other from day to day like Olympic runners in a relay race. For instance: A rookie shortstop named Zack Short (really!) is batting .188 but suddenly blasting home runs, including one Thursday.

Also launching them (15, so far) is Eric Haase, whose three-run clout came in the first inning Thursday. He’s a Dearborn Divine Child graduate and may have found a niche on his home-town team. His is a feel-good story second only to that of Akil Baddoo, whose eight home runs are one more than the veteran Miguel Cabrera. 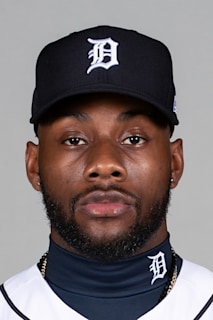 Baddoo is batting .268 and is a candidate for rookie of the year. With speed and nerve on the base paths, his style is reminiscent of Ron LeFlore. Baddoo might be a lead-off man for a decade. His aggressive style infects the team in a positive way. The Tigers steal bases, or die trying. They stretch singles to doubles and doubles to triples. Hey, the Tigers even bunt!

On the veteran side, they get power from Jonathan Schoop (team-best 17 home runs) and Robbie Grossman (second at 15). By example, Schoop shows the young players how even a slugger can shorten his swing with two strikes and go with the pitch to the opposite field.

Grossman, with a team-best 63 walks, shows by example how to know the strike zone. Will the Tigers trade these two to World Series contenders before the July 30 deadline? Schoop could be a free agent next winter and Grossman has one more year left on his deal.

Might they be cashed in for new chips or signed long-term to be the veteran foundation of a team that seems to be bonding with a balanced mixture?

Two things not mentioned yet: Pitching and Miguel Cabrera.

Manager AJ Hinch appears to use his staff in the modern method, which is to treat “starters” like Tyler Alexander as “openers,” as he did Thursday, pulling him with a lead in the fourth inning. Even rookie Casey Mize – a projected future ace – gets this treatment to protect his health.

And all this works fine when you get a big early lead and hand it to a half-dozen bullpen guys who eventually pass the torch to Gregory Soto, the lefty closer whose long braids flap beneath the back of his cap when he throws fast balls at 100 miles per hour, sometimes near opposing hitters’ chins. 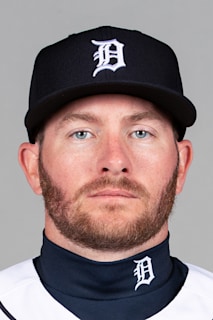 He earned the saves in the last three games – after an All-Star game appearance as the only Detroit representative.

So is there a downside to this team?

Aside from mediocre fielding as a group, the elephant in the room is Cabrera, hitting a mere .236 with seven home runs. His humbled status showed ironically last Saturday night, when Cabrera got credit for a game-winning run-batted-in a 5-4 victory. But it was an easy blooper that fell among confused Minnesota fielders and should have been the third out.

A TV camera caught Cabrera being mobbed by teammates, but his expression looked sheepish, a touch of pathos creeping into the image. Such was the hero's hurrah for the team’s oldest player at age 38, a likely Hall of Famer, a former Triple Crown winner and most valuable player who will be paid $32 million for each of the next two years in one of the worst contracts ever.

Had they not invested so much in Cabrera, the Tigers might have more money for guys like Schoop and Grossman. When he fields first base instead of batting as the designated hitter, Cabrera usually amuses himself by speaking with every runner who comes by, as if he is the official greeter of the infield. It’s not the best look.

Despite Cabrera’s long fade, the Tigers seem to be building a team personality that is interesting and entertaining. They play with heart. And they might be leading a local sports revival that could become even more apparent in a few weeks.

In hockey, general manager Steve Yzerman of the Red Wings has two first-round picks in this weekend’s NHL draft, having fleeced Washington of one in the Anthony Mantha dump. Yzerman helped build the Stanley Cup champion Tampa Bay Lightning.

In last season’s meetings, the Lightning seemed to bring out the best in the Red Wings, who went 3-4-1 against them. As Detroit’s captain, Yzerman was shrewd and savvy. As an executive, he plays the same way.

In basketball, the Pistons have the number one overall pick in the NBA draft and may choose guard Cade Cunningham of Oklahoma State. Fans who remember the rookie Isiah Thomas (and the rookie Dave Bing) will recall how quickly a good guard can turn around a pro basketball team.

► To support Deadline Detroit's independent journalism, please sign up for a $3 a month membership or a one-time donation.

And, finally, in football, the Lions will open training camp next week with a new quarterback, a new coach and a new boss at the ownership level. We’ll observe the chemistry among Jared Goff, Dan Campbell and Sheila Ford Hamp. At the very least, it should be fresh and interesting.

In the meantime, baseball is the best (and only) game in town. Around here, at least for the moment, the Tigers are something to be savored.