Weed questions are on three Southeast Michigan ballots Tuesday and up for votes in two other Michigan cities. 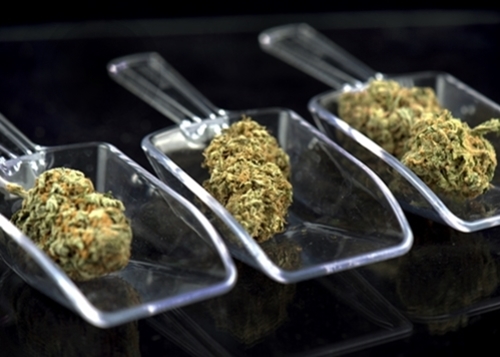 A handy roundup is posted by Crain's Detroit Business:

Voters in Clawson and Rockwood will be deciding if they'll allow cannabis businesses. Lapeer voters will be choosing whether or not to reverse course on recreational cannabis and ban its sale within city limits.

Perry and Potterville residents will also vote on repealing previous decisions not to allow cannabis sales.

Michigan voters legalized recreational cannabis at the state level in 2018, but individual communities can decide whether to opt in or out.

In Rockwood, a southeastern Wayne city with about 3,100 residents, an initiative would allow just medical marijuana sales.

Annalise Frank of Crain's summarizes two cannabis questions in Clawson, where the population is slightly above 11,300:

One would allow only two recreational cannabis retailers, while the other would allow three growers, a processor, four retailers, one microbusiness, a marijuana transportation company and a compliance facility. ...

Clawson does not currently allow any medical or recreational cannabis businesses.