A windowless eastern portion of the 1927 landmark on Witherell Street has a bright new look. (Photo: Lunar Haus)

Three humpback whales on a downtown skyscraper since 1997 are replaced, but not erased, by 10 stylized faces in diverse colors.

This week's Broderick Tower mural makeover, a vinyl banner covering Robert Wyland's whales, is by lifelong Detroit artist Phil ("Fresh") Simpson and sponsored by Rocket Companies. The renovated 34-floor building, dedicated in 1927, was vacant from 1988 until it reopened in 2012 with 125 apartments.

"I hope this installation brings you joy," the muralist posts on social media. "I tried my best to abstractly represent everyone."

Simpson's vivid, color-splashed work is in local galleries, on walls in Eastern Market and around the city, and on five sport courts at the Monroe Street Midway, a seasonal downtown attraction that opened last May. 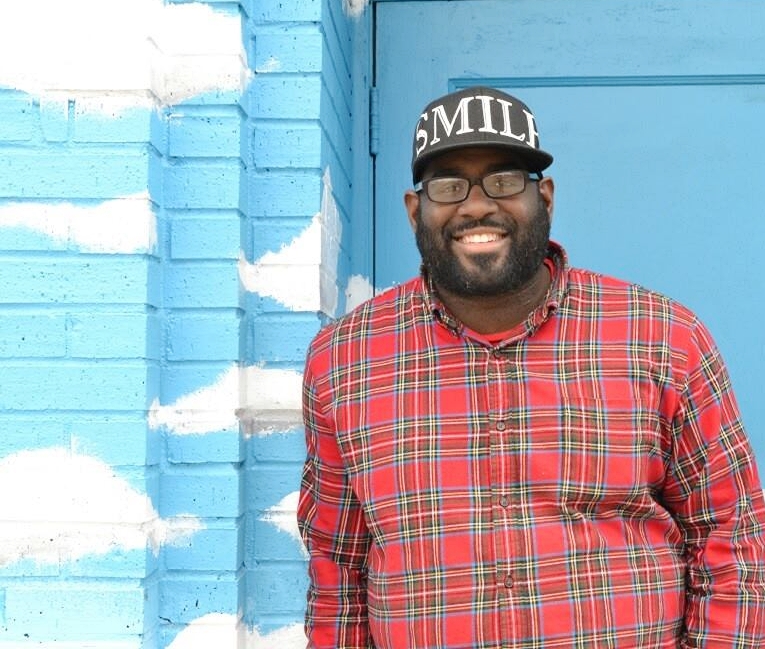 Phil Simpson: "You have no idea what this means to me." (Photo: Murals in the Market)

"Listen, I'm from Seven and Hoover. This shit don't happen everyday. You have no idea what this means to me.

"I opened my first business 2 blocks away from the Broderick Tower. I spent many days daydreaming and starring at the whales, thinking to myself: I want something that big one day.

"This is for every kid that has a dream. No matter how big, you can do it. Put the work in, practice, believe and when you think you did enough -- do more."

The painter, who owned the former Baltimore Gallery in the Milwaukee Junction area, also discusses his vision in a 37-second video below from Rocket. "This piece was created to capture the people that make up the city and visitors," Simpson says. "I hope that when people see this mural, they see themselves. This captures the diversity and rich cultures of the city." 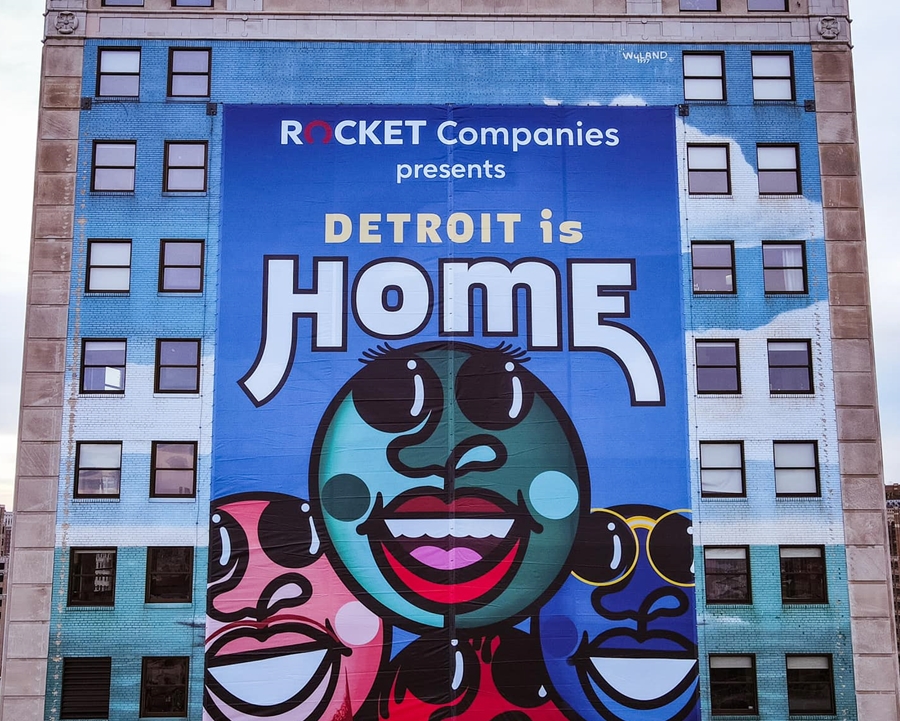 "When we heard this property was going to be used as advertising space again, we saw it as a great opportunity to take control of the space and bring more art to downtown Detroit. Such a high-profile location – seen all around the world during Tigers' home games – needs to be a place to display the work of Detroit artists.

"We hope other Detroit companies and property owners will also explore using their buildings as canvases for local artists."