With hugs and a haircut, Danny Fenster readjusts in a familiar home near Detroit -- his family's

The ex-captive making global news poses in Huntington Woods with a wry grin and a T-shirt with a new slogan: "Fentser Is Free." 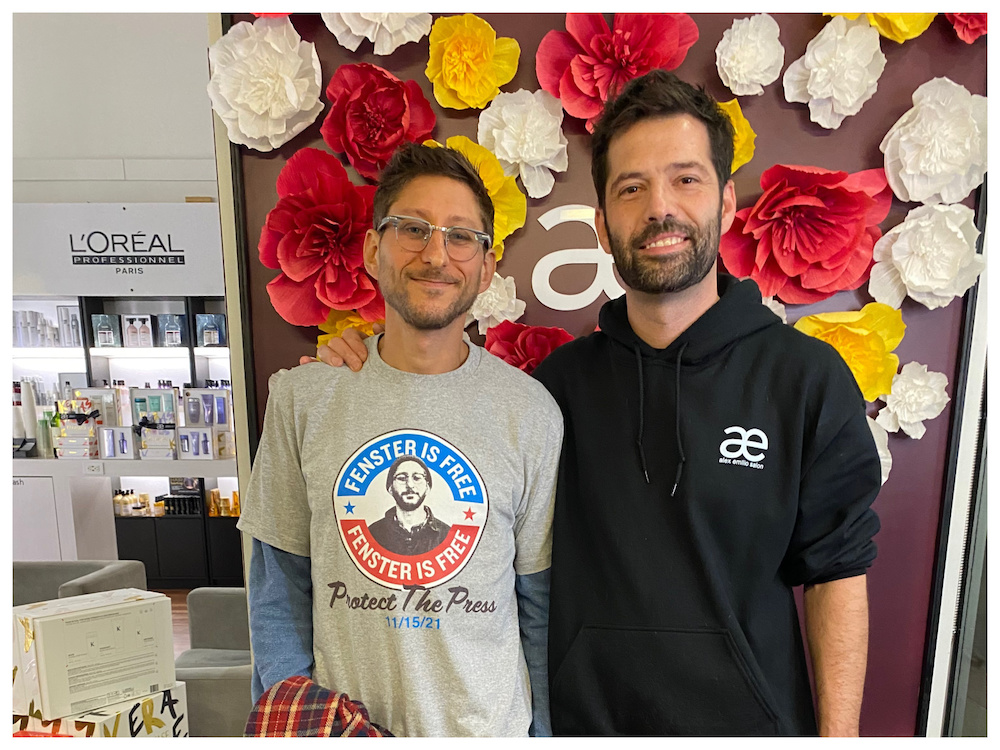 Danny Fenster, who left a Myanmar prison Monday, came to his parents' home late Tuesday after a news conference and family reunion in New York. He looks ready for home cooking.

Fenster, 37, was with family and friends Tuesday night. He had Supino pizza his first night back. On Wednesday, he got a haircut and a serious beard trimming at Alex Emilio Salon in Royal Oak.

"I feel incredibly fortunate to be home. I can’t believe the amount of effort that went into it, that was necessary to make this happen – overwhelming gratitude," said Fenster. ...

He said biweekly visits from his wife [Julianna Silva] kept him sane during his incarceration. She remains in Myanmar, but is expected to be back in the U.S. before Thanksgiving.

"She came when they let her which was every other week and delivered a huge food parcel to me and we wrote each other love letters," he said. 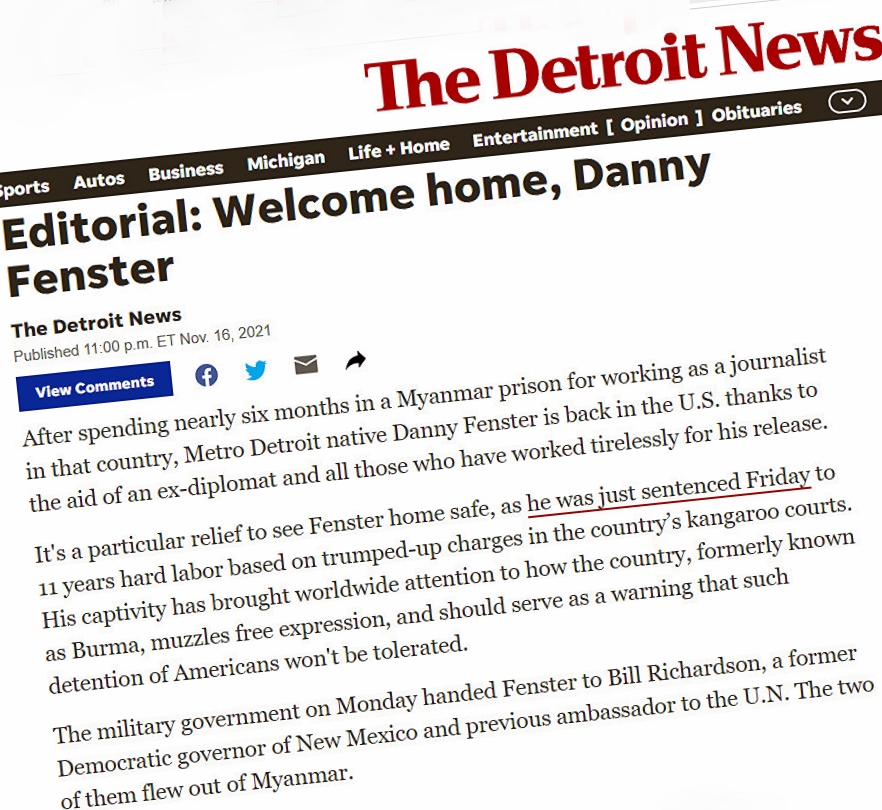 Rose and Buddy Fenster haven't met their daughter-in-law yet, though they were in contact during the six-month ordeal of captivity by generals controlling the Southeast Asian country since February. The military accused Fenster of various offenses. He was sentenced to 11 years in prison last Friday, then sprung three days later after negotiations by Bill Richardson, a former U.S. ambassador to the United Nations.

Metro Detroiters react to his release with lawn signs, at least one red ribbon around a tree and a Detroit News editorial headlined "Welcome home, Danny Fenster."

Despite his horrific experience, Fenster seems willing to keep doing what he can to help others wrongly imprisoned around the world find the freedom he now enjoys. We should all join him in that mission.