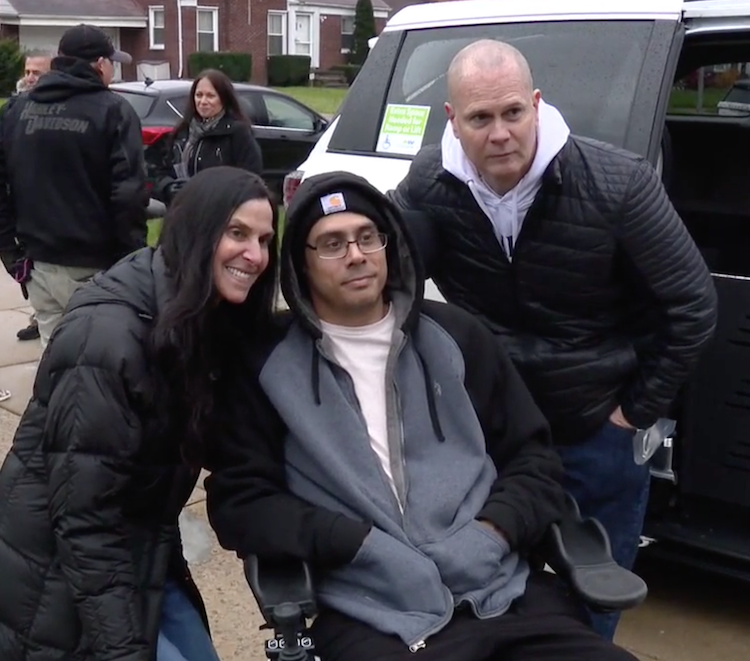 Metro Detroiter Raoul Van Hecke, who was paralyzed as a teen, became pen pals when Richard Wershe Jr., aka "White Boy Rick," was in prison. The friendship continued after Wershe's 2020 release.

Over the weekend, Wershe helped his buddy by giving him a new, $85,000 customize van he purchased with donations from various companies.

"To give this kid the van today, it means the world to me. We're changing his life,"  Wershe tells Fox 2. "He couldn't get out of the house. The van that he had barely got to the doctor's office and we're presenting him with a brand new 2021 Toyota Sienna."

Over the weekend, Wershe also handed out meals to the needy at Love Rising Lutheran Church on Moross Road in southeast Detroit.

"I started that while I was incarcerated and continued it since I've been out," said Wershe. "Some friends of mine helped me do it, so it's a good thing we do every holiday to kick the holiday off."

Wershe, convicted of cocaine trafficking as a teenager in the 1980s, was released from prison in Julky 2020 after 32 years behind bars.