Sister-in-Law of Ex-Michigan House Speaker Lee Chatfield Accuses Him of Sexual Assault, Beginning When She Was 15 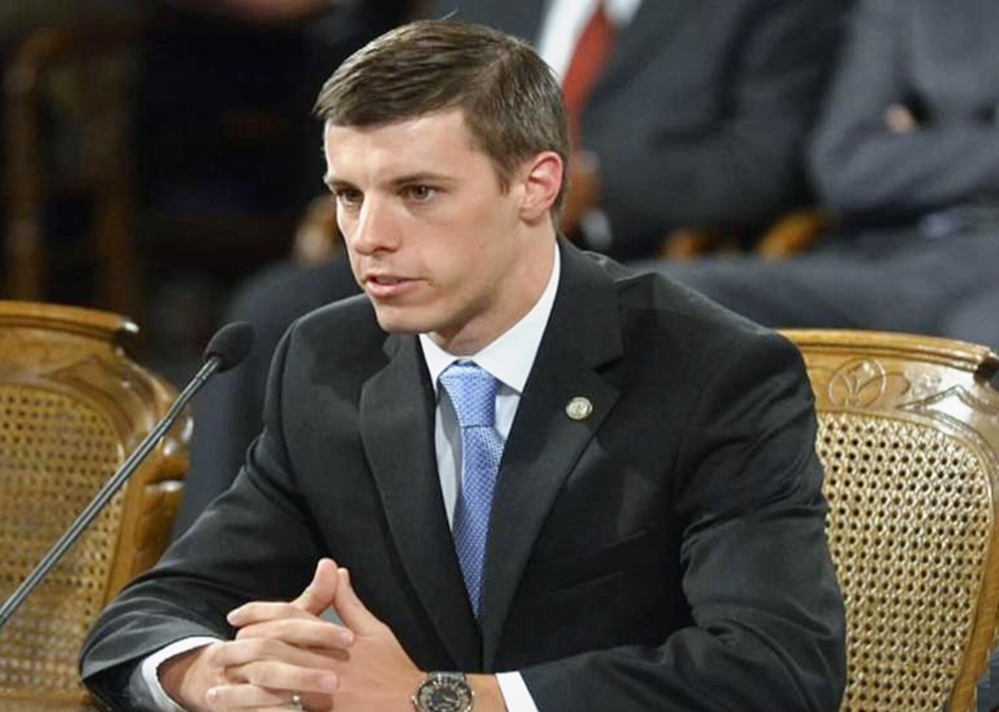 A scandal is brewing in Lansing.

The sister-in-law of former Michigan House Speaker Lee Chatfield accuses him of sexually assaulting her, starting when she was a teen attending his church and a Christian school affiliated with it, reports The Lansing City Pulse.

Her complaint was filed against the Republican with the Lansing Police Department, which transferred the case to the Michigan State Police for investigation, the publication reports.

The woman, now 27, alleges the sexual assaults began when she was 15 and attending Northern Michigan Baptist Bible Church and the Northern Michigan Christian Academy School, said her attorney, Jamie White, of the White Law Firm in Lansing. Chatfield’s father, Rusty, is the pastor of the church and the administrator for the school.

The alleged sexual exploitation continued until July 2021. City Pulse does not identify the victims of sexual assault without their permission.

Chatfield, 33, is one of seven children of Rusty and Betty Chatfield.

Before Chatfield ran for the state House in 2014, he was a teacher at the school, as well as the men’s soccer coach and the athletic director.

Attempts by the publication to reach Chatfield were unsuccessful.

Chatfield served three terms in the House from 2015-21, representing an Emmet County district, and in 2019 became Michigan’s youngest House speaker. He was term-limited in 2020.

He has been the focus of other negative news:

♦ Airport gun: In July 2018, a Transportation Security Administration screening agent in Traverse City found a loaded .380-caliber handgun in Chatfield's carry-on bag as he was about to board a flight to Detroit. It turned out the firearm was unregistered, which brought a $250 fine.