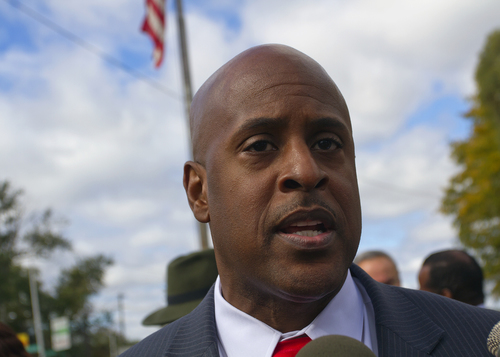 Detroit's top fire official is on his way out, with Mayor Mike Duggan citing the need for new leadership and direction.

Eric Jones, a police department veteran once viewed as a possible future chief, gives up his post as fire commissioner on Jan. 14 after more than six years.

The Detroit News has context:

Jones, 53, has led the department since October 2015, celebrating improved emergency response times and a decline in arson fires. He's also faced criticism from past union leaders who called for his ouster over controversial policies and his departure comes after fire department staff cited morale and leadership concerns in a spring assessment.

In a Thursday letter to all department employees titled "farewell," Jones thanked department staff for their professionalism, listed various achievements, and noted that "I accept responsibility for any failures."

During Jones' tenure, it emerged that some firefighters were drinking on the job. In one case, a firefighters was arrested for drunk driving at the scene of a call for service, after he crashed a rescue truck into a parked car.

An interim replacement is expected to be announced within the next week and a permanent replacement will be named mid-year, after a nationwide search.