Eastpointe Police this weekend arrested a 21-year-old relative of a teenager missing since Jan. 4. Jaylin Brazier, a cousin of Zion Foster by marriage, was the last person seen with her, WDIV says. 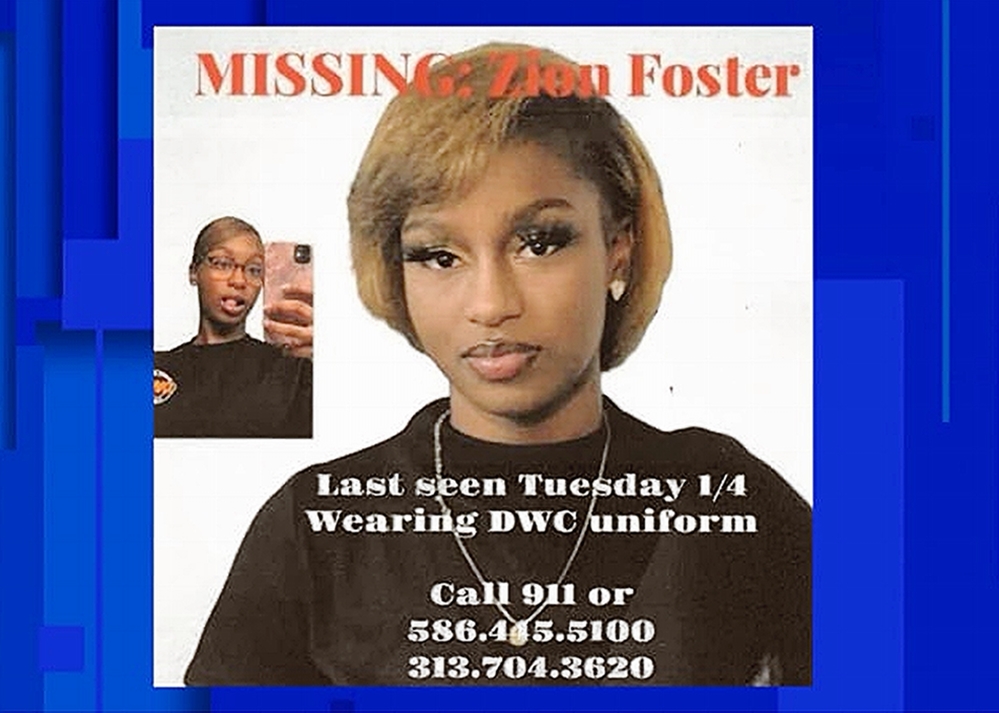 They reportedly left together that Tuesday from her family's Melrose Court home near Gratiot Avenue and Toepfer Drive in the Macomb County suburb.

After detectives identified Brazier as a "person of interest" in the case, he came to police headquarters, was interrogated and then arrested Saturday on a felony warrant, the station says.

Foster’s mother, Ciera Milton, told authorities that she asked Brazier where her daughter was, but the man would not tell her. ...

"Our detectives uncovered some inconsistencies with the stories he’s giving so they were able to obtain a warrant," police Lt. Martin Campbell is quoted by WXYZ as saying.

"I am glad that they see what I saw from the beginning," the teen's mother tells that station.