'Good to be together again:' Oxford High School reopens with 91% attendance

"Words can not express how good it is to be together ... again," the Oxford Community Schools superintendent posts after Monday's high school reopening.

"The energy in our building was positive and encouraging. We had a strong return, with 91% of our high school students in attendance," Tim Throne adds in a five-paragraph message headlined "Our Successful Return to OHS."

He thanks area news media "for giving our students and staff the privacy and space they requested by keeping their distance from our campuses."

In after-school comments, 16-year-old student Olivia Dare tells WDIV: "It was a little hard to concentrate, but the classrooms were a lot easier than the hallway."

Oxford High School's principal welcomes students and teachers back to the building Monday morning with frank talk about being "determined to carry on" after "this senseless act" that killed four teens two months ago.

"We know it's going to be really difficult for our students and our staff to come back because we're still grieving," says Steven Wolf in the four-minute-plus video. 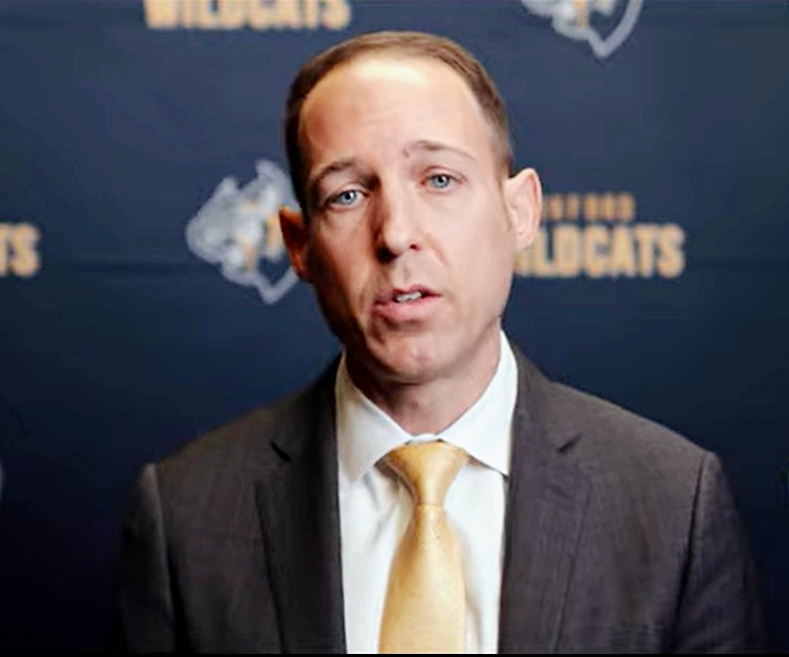 Steven Wolf: "We're all going to need some help."

The school in northern Oakland County has been shut since Nov. 30 gunfire by a sophomore arrested at the scene. Six students and a teacher were wounded.

Wolf, who joined the district in mid-2017, is accompanied by a soft, soothing instrumental tracks as he addresses the stages of grief head-on:

"We've been praying together, we've attended funerals, vigils and memorials. And we have been absolutely heartbroken. And we've been angry.

"Students, remember: Being Oxford Strong means asking for help when you need it. Because we're all going to need some help getting through this."

The high school begins its second semester of 2021-22 without reporters and TV cameras, the principal reassures teens and parents. "We've heard loud and clear from our families that you do not want media on our property."