Video: 3 centuries of struggle and creativity by Italian women are focus of new Detroit Institute of Arts show

The first exhibit of its type at Detroit's art museum presents nearly 60 works by 17 women who navigated Italy's male-dominated art world from the 16th through 18th centuries.

"By Her Hand" opened this month and is on view through the last weekend of May. It features self-portraits, sketches, religious altar displays and palm-size miniatures from the Detroit Institute of Arts collection and international loans.

It's "an exceptional opportunity to see a range of works spanning 300 years," says Euopean art scholar Eve Straussman-Pflanzer as she hosts a Deadline Detroit video tour below. The four-month presentation is a chance "to celebrate the diversity of media and genres in which these women artists work," the curator adds, and to see "how they struggled and ultimately how they succeeded."

These 17th century stars are among the best-known artists represented:

♦ Artemisia Gentileschi, who began selling paintings at age 15 and became the first woman admitted to Florence's prestigious art academy. She's considered among the most accomplished artists of her time. 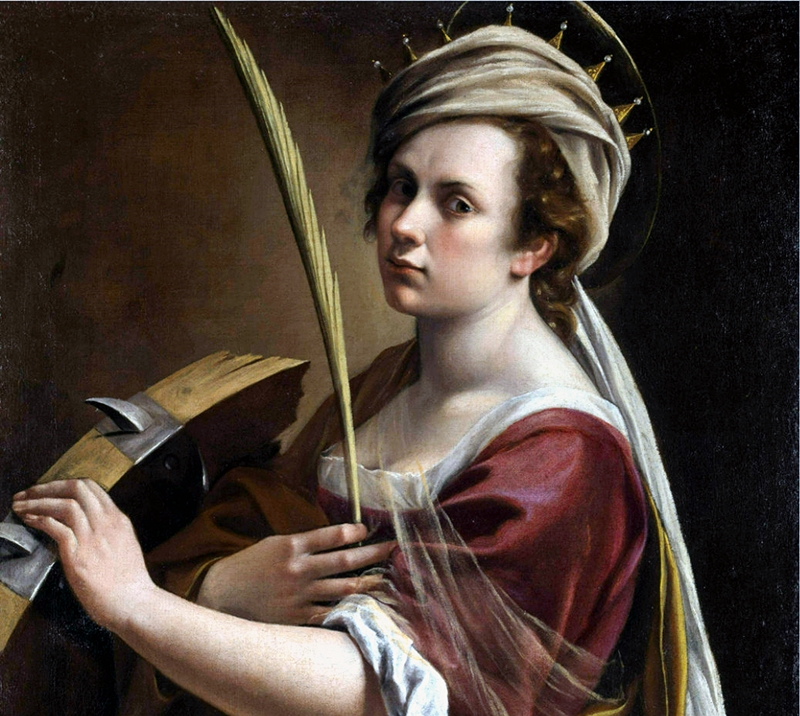 Artemesia Gentileschi painted this "Self-Portrait as Saint Catherine of Alexandria from 1615-17. It's on loan from the National Gallery of London.

♦ Sofonisba Anguissola, a Renaissance portrait painter from a noble family. Her apprenticeship with local painters set a precedent for women to be accepted as art students. She gave lessons to a queen in Madrid and later became an official court painter for King Philip II of Spain.

♦ Elisabetta Sirani, a Baroque painter and printmaker from Bologna, died mysteriously at 27. As a pioneering female artist, she started an academy for other women.

The special exhibit runs until May 29 and costs $10 for tricounty Metro Detroiters who aren't DIA members and $18 for nonmembers who live elsewhere. All youth tickets are $8.

Below is our walk-through with Straussman-Pflanzer, who was head of European art at the museum from 2016-20 and now is curator of Italian and Spanish paintings for the National Gallery of Art in Washington, D.C.