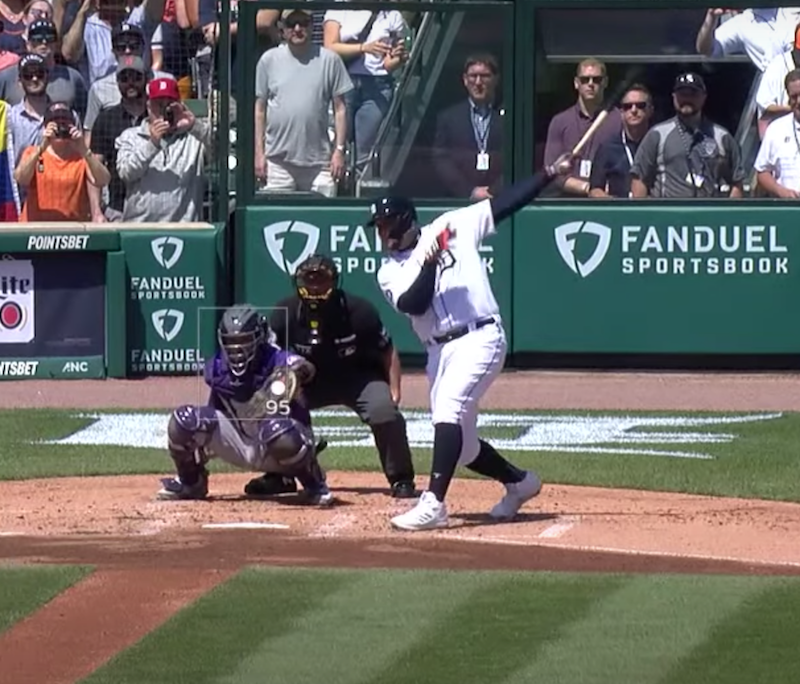 It didn't take long for Detroit Tigers Miguel Cabrera to get his 3,000 hit Saturday.

In the first inning at Comerica Park, with a 1-1 count, Cabrera knocked a single to right field off Colorado Rockies right-hander Antonio Senzatelam a fellow Venezuelan. He's the 33rd player in the majors to reach that milestone, and only the seventh to have both 3,000 hits and 500 homers*.

In a statistics-worshiping sport, Miggy now joins Hank Aaron and Willie Mays as the third player with at least 3,000 hits, 500 homers & a major league career batting average above .300

And get this: Miguel Cabrera has recorded a hit off exactly 1,001 different pitchers (including postseason), according to Joihnny Kane of Bally Sports Detroit, who also tweeted the stats directly above.

We hear from Miguel Cabrera on the field after he reaches another career milestone, 3,000 hits, Saturday afternoon at Comerica Park. #DetroitRoots pic.twitter.com/PfJBElMRH1

Congrats to my brother @MiguelCabrera joining the 3K Hit Club. One of the best hitters ever. A joy to compete with and watch on the field. https://t.co/8Ur8t5UzWp

Statement from Chairman and CEO of the Detroit Tigers, Chris Ilitch. pic.twitter.com/OKz5SVYKPU