This offbeat Detroit Airbnb offers the privacy of an urban prairie . . . at $307 a night

Here's one measurement of Detroit's post-pandemic comeback as a visitor destination: This one-bedroom "micro-bed and breakfast" a half-mile from Eastern Market has a $307 nightly rate, just over three times its cost at the start of 2018. 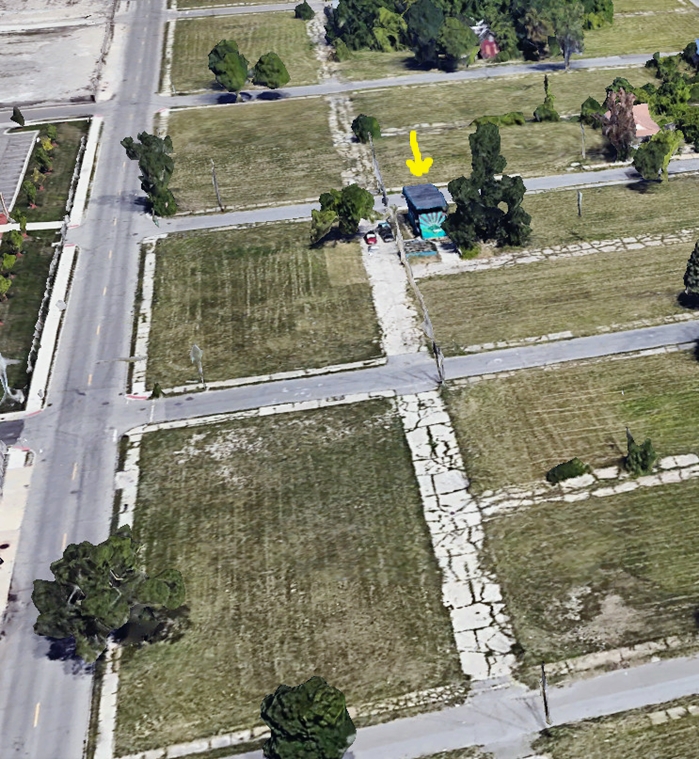 The micro-lodging is a semi-isolated outpost east of the Dequindre Cut. (Photo: Google Earth)

Granted, the cozy cinder block rehab listed on Airbnb as The Painted House is a snazzy, upgraded property in an area without noisy neighbors or traffic. It's the only structure on its side of Pierce Street, a block east of Saint Aubin Street and five blocks south of Mack Avenue.

The skinny, two-floor house built in 2007 sits in near-solitiude amid urban-prairie empty lots, east of the Dequindre Cut. Owner Jason Lindy, 31, describes it as "Eastern Market's only boutique B&B." He also places it "towards the southern limits of Poletown East."

Lindy's listing says the one-bathroom unit can fit 10 guests, though it has just a queen bed, two air mattresses and a pull-out couch.

But it comes with splashy exterior mural by Brooklyn artist Beau Stanton and Instagrammable decor featuring more bold colors and Detroit artworks. "The entire space is a constantly changing canvas of Detroit-themed artifacts," the owner posts. Past guests give it an average rating of nearly five stars. 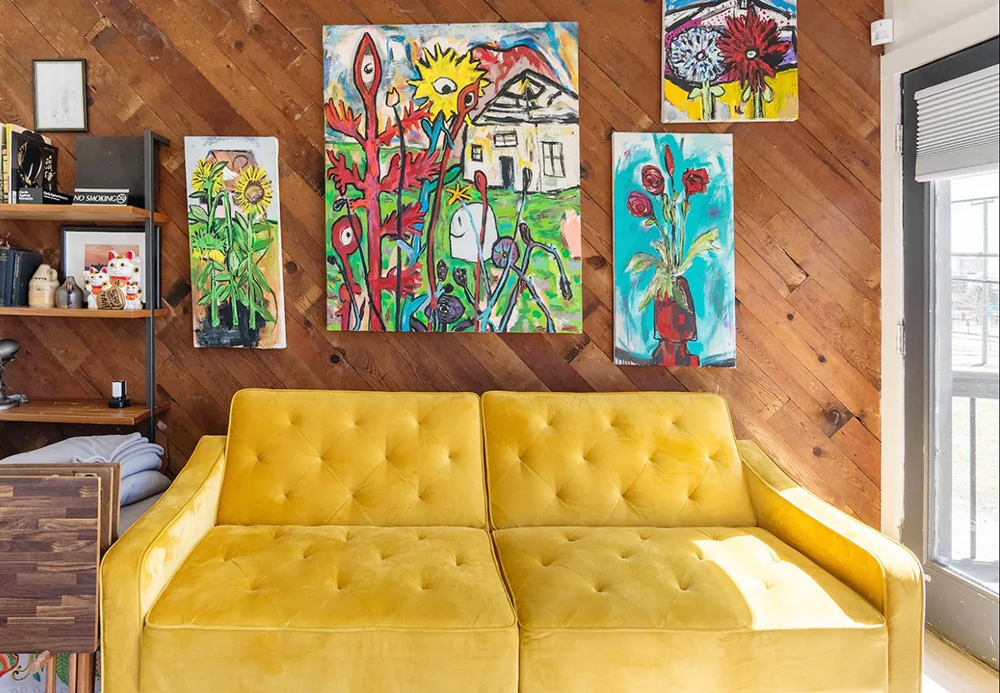 Living room also is listed as a bedroom because that sofa is a sleeper. (Photos: Airbnb)

The distinctive structure at 2126 Pierce St. "was built as the brainchild of Cranbrook architecture master's students Matthew Miller and Thomas Gardner," Lindy says at his Airbnb page.

Their project was a huge undertaking and revolutionary, a 900-square-foot home, uniquely designed for urban living.

The home has a unique open floor plan with no doors separating one room from another. But simply through intelligent placement of each amenity, privacy and a distinct character distinguishing each room is created.

At his own site, the owner adds that in 2013 he and past business partner Darin McLeskey "began the process of completely renovating the property."

Among those impressed by the result is a recent visitor named Carolynn, whose online review says: "What an unforgettable spot! The whole vibe of Jason's Airbnb is fun and colorful! ... Definitely recommend for a couple interested in a unique stay." 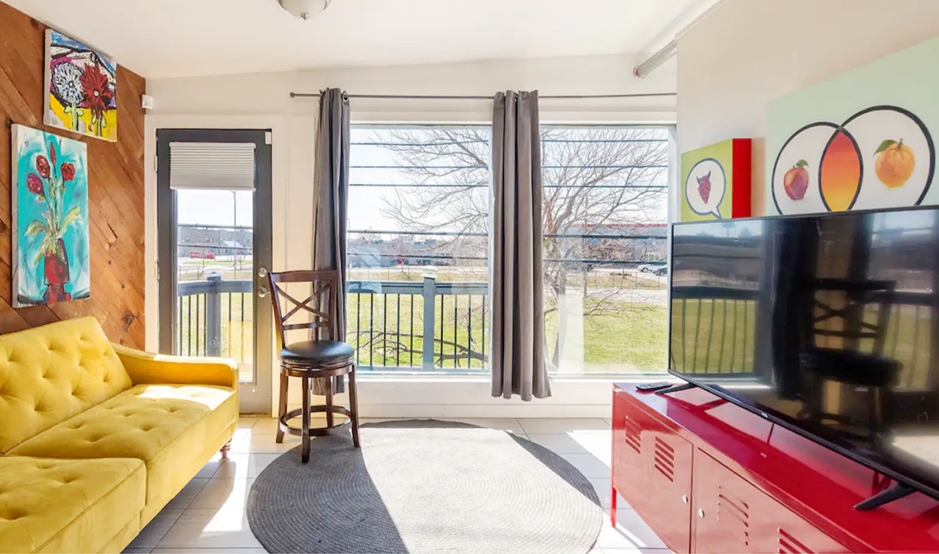 Another view of the colorful, bright sitting room.