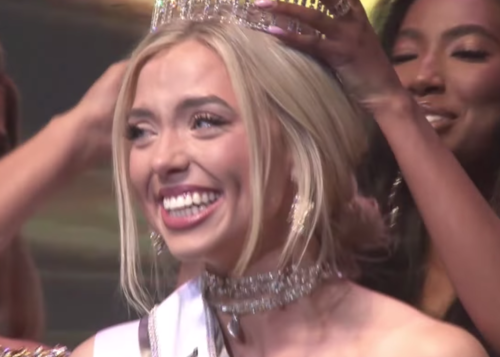 Aria Hutchinson, the sister of Aidan Hutchinson, the Detroit Lions' first-round draft pick this year, was crowned Miss Michigan USA on Saturday at the McMorran Entertainment Center in Port Huron.

The 23-year-old will represent Michigan at the Miss USA pageant later this year.

She graduated from the University of Michigan last June.

Her mother, Melissa Hutchison of Plymouth, is a former model.

► Correction: Story incorrectly identified her as her sister, Mia Hutchinson. That has been fixed.