"Marijuana-related businesses were highly visible ... in a sign of growing mainstream acceptance of the drug," The Detroit News observes. JARS Cannabis of Troy was most prominent, sponsoring one of the six stages and hosting two official parties.

Other cannabis companies that sponsored this year's techno music festival include Weedmaps, Breeze Dispensary and Ooze. 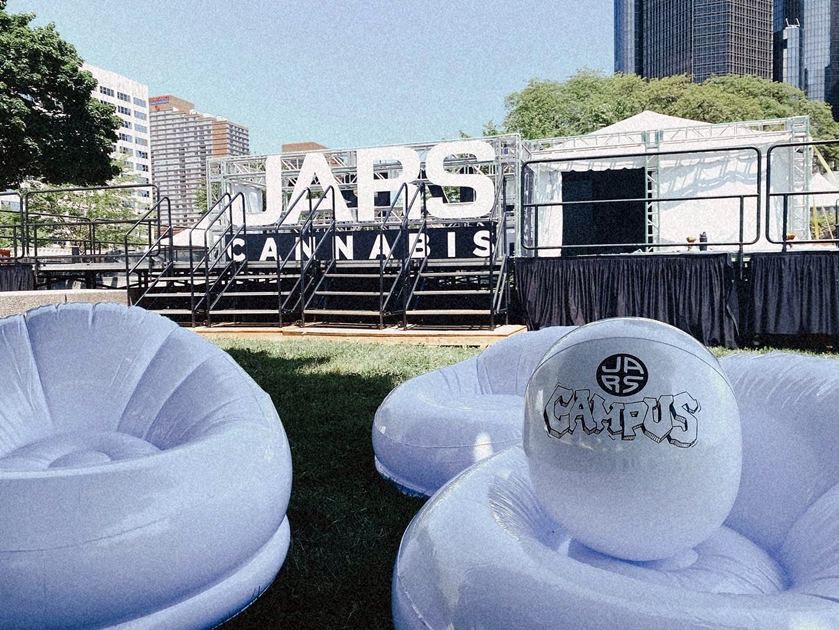 JARS Cannabis, sponsor of the Detroit Stage, has 15 Michigan sites -- including two in this city. (Company photo)

"A lot has changed on the national, state and local level because weed is no longer the big, bad thing it once was and people are finally coming out of the green closet."

The paper also has what may be today's most amusing line:

The presence of cannabis vendors didn't seem to bother festival-goers.