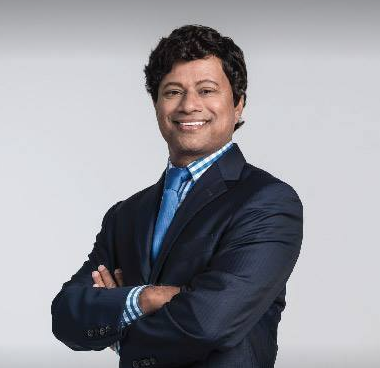 With U.S. Rep. Brenda Lawrence stepping down, Detroit's 13th Congressional District seemed like the best shot this year for Michigan to have a Black representative in Washington.

But wealthy businessman Shri Thanedar, an Indian American, ran against eight Black candidates, who split the vote, allowing him to glide to victory in the Aug. 2 primary.

Some Black residents in the 13th Congressional District are unhappy they missed an opportunity to have Black representation. The district includes Detroit, the Grosse Pointes, Harper Woods, Highland Park, Hamtramck, most of Downriver and a part of Dearborn Heights.

In an interview with Bridge Detroit, Thanedar, who is expected to easily win election in November, was asked about concerns voters have about the dearth of  Black representation in Washington.

I understand the sentiment behind the question, and I do believe that there should be proper proportional representation, not just in Congress but in the Senate and all walks of life, including corporate CEOs and every area. Race should not be a factor, and when race is not a factor and things are done in a fair manner we would expect appropriate proportional representation.

Having said that, I feel that this seat is owned by the people of the district. The people have the freedom – they must have it, that’s part of our democracy – to choose a representative they want, and that’s what they did. That’s how I see it, I think it’s the people’s decision. Right from the beginning, I felt this should be left to the people to decide.

Two Black Republicans are running for Congress this year: John James in the 10th Congressional District, which includes parts of Macomb and Oakland counties, and John Gibbs in the 3rd, who is running in the Grand Rapids area.