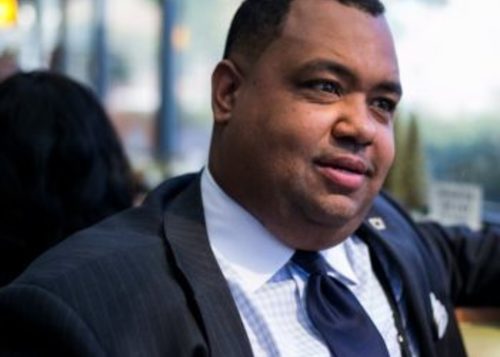 Coleman A. Young II, host of Deadline Detroit’s “30 Black” podcast, is a former state legislator who ran for mayor of Detroit in 2017.

The son of the late Mayor Coleman A. Young, he was in the Michigan legislature for 12 years, eight as a state senator and four years as a state representative.  He now runs Coleman Young Consulting in downtown Detroit.

In his time in Lansing, he was instrumental in helping pass legislation to legalize marijuana for medical and recreational use.  While serving on the Appropriations Committee he was an advocate for Detroit redevelopment by passing the Neighborhood Enterprise Zone act, which promoted homeownership and development in underserved areas.